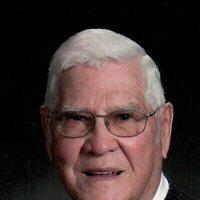 Harold L. Adamson, age 95 of Indiana, passed away on Tuesday, August 25, 2020 at his home in Indiana surrounded by his family.

He was born in 1924 in Creekside to Silas McKinley and Iva King Adamson.

He was a member of the Zion Lutheran Church, the VFW Post 1989, AARP and the NARFE.

A veteran of WW II he served in the US Navy as an Aviation Metalsmith in Pearl Harbor, Great Lakes, IL and Seattle, WA.

He was employed by the US Postal Service in Indiana for 35 years, working at all jobs up to Assistant Post Master.

A resident of Indiana since 1930, he enjoyed spending time with his family, hunting, fishing, bowling and a monthly card club of friends for 50 years.

Harold was preceded in death by his wife of 54 years, Christine R. (Barriss) Adamson,  infant son Kenneth Lynn in 1950 and his sister Hazel Holt.

There will be no visitation. A memorial service will be held at a later date. The Bowser-Minich Funeral Home, Indiana has been entrusted with arrangements.

Memorial  contributions can be made to VNA Family Hospice or the Zion Lutheran Church.