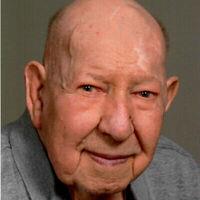 Not the right person? See All ›
BORN
February 11, 1927
DIED
May 12, 2020
AGE
93
LOCATION
Middletown, Delaware
CHARITY
The Charity of your Choice
Make a donation

At 93 years old, Harold peacefully departed this life on Tuesday, May 12, 2020 while at home with his loving wife, Mary Louise by his side.

Harold Bailey, son to the late Wesley and Bernice (Legg) Bailey was born February 11, 1927 (oddly enough, celebrated February 12, 1927 all his life) in Townsend, Delaware. Harold spent most of his adolescence life with his grandfather Charles Bailey.

Harold was married to Mary Louise (Vanhorn-Hall) Bailey for 43 years. He enjoyed spending time with his family first, eating white powdered donuts, and he was a tough farm boy growing up. He turned into an avid car man in his teens, to eventually owning his own “Mr. B’s” automotive workshop behind the old Hess station in Smyrna DE. He built/raced stock cars and tinkered around on cars and trucks (and dune buggies) with his children and grandchildren most of his adult-life. Harold worked many jobs in his lifetime, but mostly worked on forklifts with Yale Industrial and Modern Handling where he retired in 1992 at the age of 65. Harold’s vision diminished in his elder years from Age-related Macular Degeneration causing him to become 99% blind, but that didn’t slow him down as he continued to support all of his grandchildren’s activities. Harold suffered from Parkinson Disease most of his adult life and recently went into stage five that quickly caused him to be bed-ridden at home under Compassionate Care Hospice.

As a result of his generous spirit and pleasant personality, he was loved and known by many as dad, pappy, pop, poppop, and Mr. B.

Harold is a World War II veteran and because of his devotion to our country, his final resting place will be at the Delaware Veterans Memorial Cemetery in Bear, Delaware. There will be a memorial service held for Harold at a later date.

The family would like to express their gratitude for the heart-warming care given through Compassionate Care Hospice, especially his nurse aide, Christina and his nurse, Beth.

In lieu of flowers, please make a donation to the charity of your choice in memory of Harold.

May the love of friends and family carry you through your grief. Sending sincere condolences to Mary Louise and family. So very sorry for your loss...treasure your memories.

Minnie Weeze,
Thinking of you. Sending all my love.
Louise McClain

Harold was a wonderful man! Our deepest sympathy to the family and our thoughts and prayers are with all of you.
Michael and Diamelen

My deepest sympathy to the Bailey Family for the loss of your loved one, Harold, and pray God gives you comfort, peace and strength.

We are very sorry to hear of your families loss. You will be in our prayers

Harold was a wonderful poppop and great family man. He will be very missed but, never forgotten.

Buck and Theresa. Our prayers and thoughts are with you. Take care. Libby and David.

Please accept my sincere condolences, may you find comfort from the encouraging words found at. 1Thessalonians 4:14