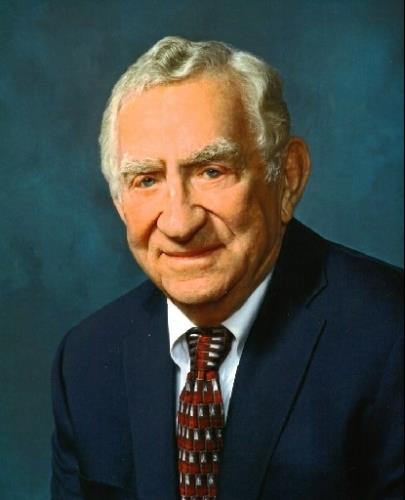 Not the right person? See All ›
LOCATION
Hoover, Alabama

Harold Friend Bailey, of Hoover, AL, passed away on Sunday, August 16, 2020 at the age of 90. He was a graduate of Leeds High School and was a U.S. Navy veteran during the Korean War. He was an employee of ACIPCO and was a retired Vice President of Southern Precision/Jim Walter Industries after 25 years service. Harold was a past member of Terry Walker Country Club, Hoover Country Club and "The Club", and was a member of Bluff Park United Methodist Church. He was also an Avid Golfer and a Die Hard Auburn Tiger. He was preceded in death by his parents, Annie and A.M "Ted" Bailey, his wife, Shirley Baker Bailey, a sister, Margaret King Reach, brothers, E.E. "Bill" Bailey and James Dicky Bailey, and a granddaughter, Bailey Savannah Nelson. He is survived by his wife, Jerri Inser Bailey; a son, Robert H. "Bobby" Bailey (Maria); a stepson, Ricky Pullen; 2 daughters, Cathy Cross (Perry) and Ann Nelson (Mark); grandchildren, Shelby Phillips (Ryan), Ben Cross (Tanya), Samantha Thibodeaux (Landon), Dalton Nelson, Robert H. "Bo" Bailey, Jr. (Nicole); great grandchildren, Cael and Carleigh Cross; 2 step grandchildren and 4 step great grandchildren; brothers and sisters-in-laws, Judy B. Bewley (Adrian) and Dr. Norton M. Baker (Alene); sister in Christ, Minnie Knox Matthews; and a host of nieces and nephews. Due to Covid 19, there will be an intimate Family Celebration of Life at the Abbey Mausoleum on Thursday, August 20, 2020 with Rev. Reid Crotty officiating. In lieu of flowers, the family requests donations to Alzheimer's of Central Alabama, 300 Office Park Dr., Suite 225, Birmingham, AL 35223.

I enjoyed getting to know Mr. Bailey, I would tell him Roll Tide, he,ll look then start smiling. Prayers for the family

My thoughts and prayers are with the Bailey family during this time of bereavement. May you find peace in God who brings comfort to all the mourning ones.

We are so Sorry, we shared wonderful memories with Harold, Shirley,and Ann. Our Love and prayers for he Family at this very difficult time.