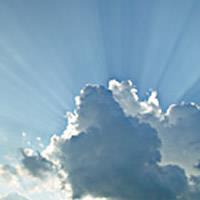 Harold Wayne "Sonny" Smith of Clarendon passed away on Sunday, January 12, 2020 at the age of 74. Born on May 6, 1945, in Monroe, he was the first born to the family of Allen and Marjorie Skinner Smith. Simply known as ""Sonny" he received education in the nearby community of Clarendon. and graduated with the class of 1963.

Sonny was well known by many in the community and surrounding areas. He worked for many years helping to make our small towns a safer place as an Officer for both the Brinkley and Clarendon Police Departments. He also worked for a time with the Monroe County Sheriffs Department. Sonny  later secured a position with the Maintenance Department for the City of Clarendon where he was currently employed.

He was of the Baptist faith and attended times of worship at the Monroe Baptist Church. Like most young men who were raised in the Southern Delta, Sonny grew up with a love of  the outdoors and in his spare time enjoyed fishing and hunting.

Sonny was a classmate of mine. I remember him being a quite but always friendly guy. He will be missed by family and friends. Sending love, prayers and condolences to the family. Until we see each other again, R.I.P.

Sonny was a kind , good man and a great brother-in-law . RIP , you will be missed. Sending love and prayers to all the family and others who loved him ! Special thanks to the staff at Chamber's Nursing Home and others who took such great care of him !

Sandy we found out a day after the service. Was in Little Rock for doc appointment and chemo yesterday

I send love and sympathy to the entire family. I have so many fond memories of Sonny during our school days. His beautiful obituary is testimony to a full and productive life. May he Rest In Peace.

Linda, Pam, and Sarah, and family. I sorry I can't be with you today. I share your sorrow. I can't remember when Sonny was not part of my life. He was a bonus brother. Love and prayers for you.