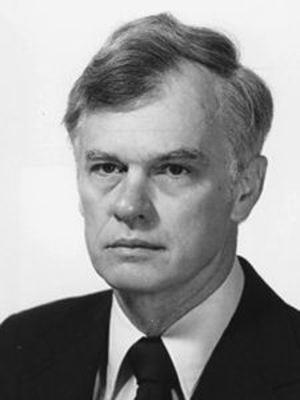 Harvey attended Louisiana Tech University in Ruston, LA and earned a BS in Electrical Engineering in 1950, the same year he married the love of his life, Henrietta Herbert Cragon on September 7. He then worked for Southern Bell Telephone Company in New Orleans, LA and was in the US Army for two years in a tank unit that tested infrared night vision devices in the Mojave Desert during the Korean War. In 1953 he joined Hughes aircraft in Los Angeles, California, where he worked on automated air defense. This was his entry into the field of Digital computers and engineering in digital instrumentation.

During his distinguished career, he spent 25 years with Texas Instruments as an Engineer and Senior Fellow. He is known for his work designing and constructing the first integrated-circuit computer and the first TTL computer.

After 25 years with Texas Instruments, Harvey left to teach and held the Ernest Cockrell, Jr. Centennial Chair in Engineering in the Department of Electrical and Computer Engineering at the University of Texas at Austin for fifteen years. He followed as Professor Emeritus at UT Austin and was a visiting professor at SMU and UT Dallas.

In 1984, he received the IEEE Emanuel R. Piore Award and in 1986, Cragon was the recipient of the Eckert-Mauchly Award, "For major contributions to computer architecture and for pioneering the application of integrated circuits for computer purposes and for serving as architect of the Texas Instruments scientific computer and for playing a leading role in many other computing developments in that company." Cragon was a member of several organizations including The Academy of Medicine, Engineering and Science of Texas.

Prior to living in Shreveport, La., Harvey and his wife Henrietta had lived in Dallas, TX for many years and made major contributions to the Presbyterian Village North. Harvey served for two years on the PVN Board of Trustees. He began serving on the PVN Foundation Board in 2006, becoming Chairman in 2008. He served as Advisor to the Board and his keen insight was an invaluable asset to the Foundation.

Those left to cherish his memory are his wife of 68 years, Henrietta Herbert Cragon; brother, Blythe Bond Cragon; numerous nieces and nephews and friends.

In lieu of flowers the family requests that memorial contributions be made to a charity organization of your choice.

To extend online condolences to the Cragon family, please visit us at www.hixsonbrothers.com

Dear Henrietta,
My Mother, Dorothy Heacock, and I are saddened to hear of the loss and transition of our dear Harvey. His light will forever shine in our hearts and memories will sustain us.
We do not know how to reach you personally to send you a card or contact you by telephone. I hope this message will convey our desire to embrace you with love.
May you feel that we are holding you in our hearts with a warm hug.
My best always,
Sherri (Geschwind)

I wish I could be there to celebrate Harvey's life. He lived a very full life. I will be thinking of you tomorrow. Henrietta, I send my love to you.

Sending condolences to the Cragon family. May God grant you comfort and give his peace to you during this challenging time. Phillipians 4:6,7

Kind thoughts are with the family in your time of grief. May fond memories bring you comfort during these difficult days. Psalms 9: 9, 10

I would like to send my sincere condolences to the family of Harvey Cragon at the difficult time. May the God of all comfort, who comfort us in all our trails be with your family at this time.
1Corth. 1:3,4

What a wonderful man! A life of great accomplishments with tremendous humility...especially when speaking about the love of his life, Henrietta. I will miss you dear friend! Sheryl Kiser

Brothers in Arms, Military men and women down through the centuries, have traditionally exchanged Hand Salutes as a sign of recognition and as a way to render courtesy and respect one to another.

This Hand Salute is the last that we shall render to Harvey G. Cragon our Brother-in-Arms. To his family it symbolizes the love and respect that we have for Harvey. To Harvey it is rendered as a symbol of honor and gratitude to thank him for the devoted and...

For the Commanders, Carroll R. Michaud

I'm so sorry for your loss, please accept my sincerest condolences. May God comfort you during this time.
2 Thessalonians 2:16, 17

Never miss an update about Harvey. Sign up today.