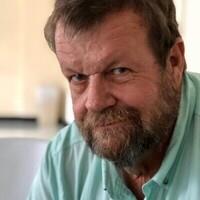 Bland Hayden Campbell, III (Hayden), resident of Columbus, passed away on July 27, 2020, at the age of 62 after a courageous battle with cancer.  Hayden was born on March 4, 1958, in Monroe, Louisiana to the late Bland Hayden Campbell, Jr. and Frances Johnson Campbell.  His grandparents were the late Senator Hayden and Georgia Hetrick Campbell of Jackson and Reverend H.M. and Fannie B. Fondren Johnson of Jackson.  He moved with his parents and two older sisters to Columbus at the age of 9 months in December, 1958 and lived there ever since.  He was a 1976 graduate of East Lowndes Academy where, during his high school years, he was active on the school football team.  He worked in the TV cable business for over 40 years, most recently as a supervisor at Southern Telecommunication Services. Hayden was liked and loved by all who knew him and he was known for having a great love for his family and a big heart towards everyone.

He is survived by his daughter Hannah Colburn (Daniel) of Duncanville, Alabama and three grandsons:  Trenton, Braydon and Asher.  He is also survived by three sisters and one brother:  Ellen Campbell of Flowood, Katherine Marsh (Jerry) of Columbus and Christy Campbell of Flowood, and Edward (Robin) Campbell of Vicksburg.  Hayden will also be sadly missed by his nephew Christopher Marsh and niece-in-law Janet and nephew Tyler Marsh and ex-niece-in-law Lindsey, as well as his great-nephews and great-niece:  Elijah (deceased), Ethan, Aaden, Savannah, and Carson.

A graveside service will be held at 11:00 a.m., Saturday, August 1, 2020 at Friendship Cemetery, 4th Street South, in Columbus.  In lieu of flowers, memorial donations may be made to the Pastoral Care Department at Baptist Memorial Hospital-Golden Triangle in Columbus.

Family of Hayden
We are praying for you in the time your loss. We enjoyed working at the Cable Office with him. May the Lord comfort you
Gladys Barham
Joanne Owings

Hayden was a wonderful big brother who loved his family. I will miss him greatly.

Dear Sweet Hayden , I am so greatful how God used Hannah in your life, to share the Gospel, when she did, I know your uncle Roger, your dad & mom, along with your Grandaddy Hayden and Grandmother Georgia and all God's Angles and Micheal have been rejoicing over your coming - you will be missed

Heartbroken over the loss of our cousin. Many wonderful childhood memories. Sending lots of love and many prayers to the family.

I went to school with Hayden. He was a wonderful guy. My condolences for you loss.

So sorry for your loss. Hayden was a nice guy. I knew him from East Lowndes Academy.

I'm so sorry to hear this about Hayden. My thoughts and prayers are with you all. May God comfort and bless you

Christy, Ellen & Edward -
We were so sorry to hear of your brother's passing. You all, and your entire family, are in our thoughts and prayers. Life on earth is so precious but to walk with the Jesus and rest high on that mountain is heavenly! May you all feel the love of your friends and family surrounding you during this time of sadness and receive comfort from all prayers lifted.
With much love -
Jeff & Melissa Watts

Never miss an update about Hayden. Sign up today.