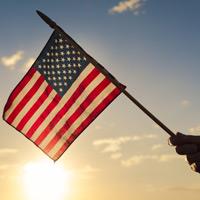 Horace Vedell Dennis 87, of Manchester, GA died Friday, July 10, 2020 at his home. Mr. Dennis was born January 17, 1933 in Philadelphia, MS the son of Odell Dennis and Oda Griffin Dennis. After obtaining his Bachelor’s degree from Mississippi State University, Mr. Dennis joined the U. S. Air Force. While serving in England, he met his wife Sybil. He attended the wedding of his best friend as the Best Man where he met Sybil who was attending the wedding of her best friend as Maid of Honor. A year passed and Horace and Sybil decided to marry. After living in the U. K. and returning to the U. S. to live in Alabama, the Dennis family would eventually make their home in Manchester, GA. While he was employed at Roosevelt Warm Springs Institute for Rehabilitation, Mr. Dennis worked as evaluator and later became department head. Following many years in these roles, Mr. Dennis was appointed Director of Safety and Compliance.  He enjoyed the outdoors – camping, hunting, fishing. He enjoyed reading, learning and teaching. He loved to share what he learned and knew. Mr. Dennis served the Chattahoochee Council of the Boys Scouts of America as Scout Master for many years. He was preceded in death by his parents, wife Sybil Dennis, son Randy Dennis and brother Dalton Reeves Dennis.

Due to the Covid-19, pandemic the family has requested a private memorial. The family request that you please sign the online registry and leave condolences. Those desiring may make donations to the Alzheimer’s Association at alz.org or Paws Humane of Columbus at pawshumane.org in memory of Mr. Horace V. Dennis.

Horace was my mentor, supervisor, and encouraged when I worked as a Vocational (Rehabilitation) Evaluator at GRC (Roosevelt Institute). He was a very kind, soft spoken gentleman, and he was always creating new ways to improve services to clients. He loved working with his hands. He made a great difference in my life, as he did for so many others. I pray that the family will be comforted by their memories.

My Uncle Dean (it was many years before I knew his official name was Horace) was the first American to come into my life. He was the tall, dark and handsome GI I'd been told about, who had come to England and stolen the heart of my mothers kid sister, Sybil. Id imagined that Americans might be rather arrogant and brash, coming from such a rich and beautiful country. Dean confounded any such expectation. He was as kind, gentle and thoughtful a man as you could wish to meet. He loved his...

In loving memory of Dean. A kind, patient and fun man who will be fondly remembered. Love to all the family at this difficult time.

Goodnight, God-bless. We will always remember Dean's fantastic sense of humour!
Our love, thoughts and prayers are with Rick, Rob and all the family at this difficult time.

September 1, 1972, I moved to Warm Springs and began the adventure of working with Horace Dennis. My fondest memory is our department eating Cat head biscuits together! Miss you Horace ❤

My thoughts and prayers to the Dennis family. We were friends of Horace and his wife, Sybil, for over 55 years. Our children grew up together and our families made many good memories together. Horace was a quiet, easy going man who always had a smile on his face! He loved his wife and family and was especially proud of their three sons, Ric, Rob, Randy and their families! I was blessed to be able to visit with Horace and Sybil a few days before they passed. He always made me feel so welcome...

My husband John Abney knew Mr. Horace and we both worked w/ Rick for years in the Roosevelt therapy gym. We are heartbroken over this news. There is nothing I can write in this space to take away the hurt. Only prayers and God himself can ease it. Our deepest sympathies, John and Katy Abney

I am so sorry Rick. You are in my thoughts and prayers.

My condolences. My deepest sympathies go out to you and your family. May God give you the peace that you seek. May my condolences bring you comfort and may my prayers ease the pain of this loss.

Never miss an update about Horace. Sign up today.