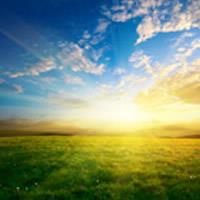 Born September 2, 1934 in Champaign County, Ohio he was a son of the late Ray E. and Viola M. (Gondolf) Harland and was a graduate of Jeffersonville High School.  Mr. Harlan was a truck driver for several years and then he became a warehouse supervisor for Kubota of Columbus, a position he held for 40 years.  He enjoyed fishing and watching airplanes take-off and land at Columbus airport with his grandchildren.  Howard was also a very avid Ohio State Buckeyes football fan.

There will be no public calling hours or funeral services.

Howard will be laid to rest next to his parents in Frazeysburg Cemetery.

Such a wonderful person. So positive and always a joy to be around. RIP.

He will be forever missed. He had a heart of gold and was a great man. I will never forget going to watch the planes land and take off, feeding the ducks with him, and building or tinkering with things. Best grandpa a kid could have. Prayers to all the family.

Sorry for your loss! Howard always had a smile on his face when we saw him!

I just loved Howard. I am honored to have cared for him the many years that I did. He will be greatly missed..always laughing and had a smile. Rest in peace pappy.prayers to all the family So sorry for your loss.

RIP to a good-hearted and hard-working man and father. God Bless.

To the Harlan family, sorry to read of your loss, your family are in our prayers.