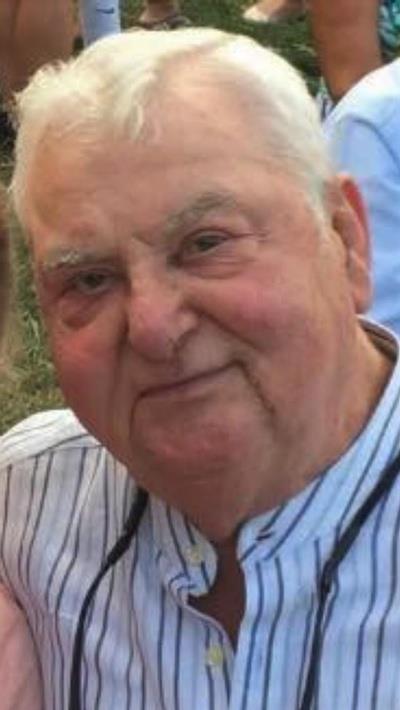 Thomas Howard Hoffman, 76, of Clarks Summit died unexpectedly on Friday. He was the husband of the former Susan Williams Dunleavy. The couple had been married for 20 years.


Born in Falls, he was the son of the late August and Melvina Bauman Hoffman. He graduated from Falls-Overfield High School and proudly served his country as a paratrooper in the 82nd Airborne Division of the US Army. Following his service, Howard worked as a lineman for PPL for 35 years until his retirement in 2002. Howard was a lifelong member of Our Lady of the Snows Parish.


Howard was a loving husband, father, grandfather, and great-grandfather. He loved to golf and was a member at Emanon Country Club in Falls. His other passion was cooking. He was happiest when family and friends were gathered in his home enjoying his delicious meals, which was a frequent occurrence.


The family would like to thank the staff at Moses Taylor Hospital for their care especially Lori Talutto, CRNP, and Kerry Lear of VNA Home Health for her compassionate care of Howard during his illness.


He was also preceded in death by his siblings, William Hoffman, Marion Franz, Margaret “Peggy” Hess, and Rosemary Coolbaugh.


A Mass of Christian Burial will be held Wednesday at 10:30 from the Church of St. Benedict 1849Newton-Ransom Blvd. Clarks Summit, Military honors will follow. Interment will take place privately at the convenience ofthe family.


The family will receive friends Tuesday from 4-7 pm at the Lawrence E. Young Funeral Home and Cremation Services Inc. in Clarks Summit.

Dear Susan, I was so sorry to hear of Howard's death. As you may know, I just lost my husband, Dave in January, so I know the loss and heartache you are feeling. I was away when Howard passed. Keep your faith and take one day at a time.

May the light of this candle shine on your beautiful soul

I am so sadden by the news of Howards passing. I just heard the news today. We had many great times together when I lived in Newton Ransom. He was a great man who loved life.
He will always be remembered in my heart and prayers.

My deepest sympathy to his wife and children.

Just heard the sad news a few hours ago. I have known Howard from the mid 50's and will never forget the good times spent with him.

Howard was a singularly wonderful human being who connected to people and loved life. I will always love Howard and what he has meant to my family.

We knew Howard well when he was our neighbor. We smile with all the good times and memories we shared with him. He lived life fully. Our sincere condolences to the family.

For Howard: Hit em straight my friend.My sincere condolences to the family.