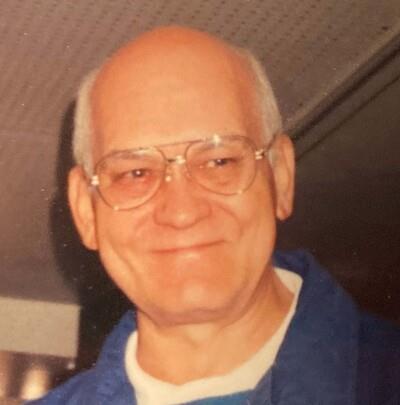 Howard M. Wilson of Tyler, Tx. went to be with his Lord on April 8, 2021 at the age of 92. Howard was born in Wichita Falls, Tx. to the late Fred and Maybell Wilson.

Howard was raised in Nocona, Tx., and went on to graduate from the University of North Texas in Denton. He later served as a hospital administrator in the Air Force, where he was stationed in Norfolk, Va. Howard served as a Quality Engineer for Carrier Air Conditioning, from which he retired after a long and faithful career. He was a long-standing member of Green Acres Baptist Church in Tyler, where he volunteered with disaster relief and went on many mission trips. He and his wife, Dorothy ‘Dottie’ Wilson, greatly enjoyed traveling all over the world.

Howard is remembered for his comforting smile, servant’s heart, eye for detail and thirst for knowledge. His family members, notably his grandchildren, appreciated his passion for collecting rocks and stamps, his hobby as a carpenter, his ever-growing green thumb, and his quips, such as, “I’m old but with low mileage”. Howard’s relatives and friends enjoyed his enthusiasm for dissecting health journals and were entertained by the retelling of his and Dottie’s chronicles of befriending strangers on their international trips. But above all things, he will be remembered most for his unconditional love for his wife of 44 years, ‘Dottie’.

Funeral services for Howard are scheduled for Tuesday, April 13, 2021 at 2:30 pm at Jackson’s Burks-Walker-Tippit Funeral Home in Tyler, Tx. with Pastor Kevin Burdette officiating. Visitation will be from 1:30-2:30 pm before the service. Burial will follow at Cathedral in the Pines Memorial Garden in Tyler.

In lieu of flowers, memorials may be made to the Alzheimer’s Alliance of Smith County.

So sorry for your loss my friend.

Sending my condolences to his family for your loss. May his memory be eternal. God bless you Rick, Linda and family.
With love

My cousin Howard is such a big part of my childhood memories. My brother, James, and I spent parts of our summers as kids at the Wilson farm. Howard, Marlin, and Helen were older than us but treated us as peers and made us feel very special. I will always remember Howard as a kind and gentle man. He will be missed greatly.

What a special couple Howard and Dottie were. May the Grace of God be with all of the family during this time. Please tell Dottie that I love her and she is in my prayers.

Howard was such a wonderful friend to Virbel and me. We had so many great times with him and Dottie. They were a gift from God to our lives. May Dottie and his family find God’s love and peace at this time.

Wishing peace and comfort for the family.