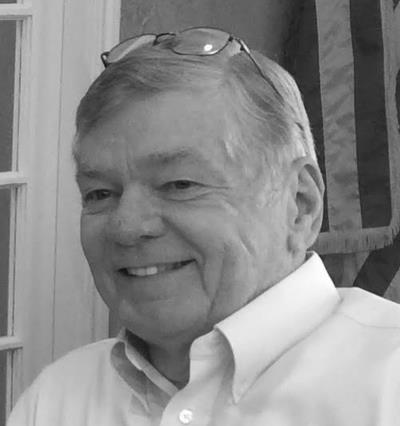 Hubert Melton Skidmore, Jr., age 80, passed away on September 16, 2020, in Tyler, TX at Oak Hills Terrace Memory Care.  He was known as Hugh or Hubert to his friends and co-workers and “Bubba” to his family.  He was born on February 29, 1940, in Shreveport, LA and he enjoyed quizzing people to see if they understood the significance of that day.

Hugh, known for his quick wit, was in the class of 1958 at Byrd High School where he was a member of the ROTC.  He served in the army for two years and spent time in Korea. His college education in Chicago was interrupted when he was called up during the Cuban Missile Crisis.  Hugh began his career at the gas utility company in Shreveport, then worked at Western Electric.   He was employed by General Electric in 1971 where he worked as a tool and die maker transferring to Dothan, AL, and then to Ft. Smith, AR.  In the early 1980s, he moved to Tyler when Trane purchased GE’s Central Air Conditioning Unit and retired from Trane in 2002 after 31 years of service.

Hugh was an accomplished athlete enjoying baseball, bowling, and golf.  His passion was golf and he excelled in the numerous tournaments in which he played.

Hugh is survived by his long-time companion Carolyn Kent Hugley, his daughter Stacey Heston of Ft. Smith, AR, his close friend and former co-worker, Don Sebring, and several cousins in Louisiana and Texas.   Preceding him in death were his father Hubert Melton Skidmore and mother Mildred Hollifield Hackney, both of Shreveport.

A private service and burial will take place at Centuries Memorial Park in Shreveport, LA.  The family asks that any memorials be made via a donation to either Alzheimer’s Alliance of Smith County or The Hospice of East Texas, both located in Tyler.

We are so very sad to learn of the passing of our co-worker and dear friend. We are thankful for our memories of Hugh and he will always hold a special place in our hearts. Carolyn and Stacey, you will be in our thoughts in the days and weeks ahead.

“Brothers and Sisters-in-Arms”, Military men and women down through the centuries, have traditionally exchanged “Hand Salutes” as a sign of recognition and as a way to render courtesy and respect one to another.

This “Hand Salute” is the last that we shall render to Hubert Melton Skidmore, Jr. our “Brother-in-Arms”. To his family it symbolizes the love and respect that we have for Hugh. To Hugh it is rendered as a symbol of honor and gratitude to...

Carolyn: Sorry to read of your friend's passing.

Never miss an update about Hubert. Sign up today.