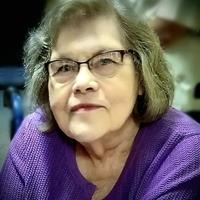 Inez Boyd Spencer, 91, formerly of Collinsville, went to be with the Lord, Sunday, November 10, 2019 at her home.  She was born September 11, 1928 in Henry County to the late Francis Roosevelt Boyd and the late Lucy Joyce Boyd.  She was also preceded in death by her husband, Wilbert Kenneth Spencer; daughter, Fern Spencer and brother, Larry Boyd.

She was a member of the First Baptist Church of Collinsville and had worked at McCullum Ferrell Shoe Store in Martinsville for many years.

She is survived by her daughter and son-in-law, Kay and J. R. Huffman of Salem.  Inez was a proud and doty grandmother to her grandchildren, Spencer Huffman, Connor Huffman, Ellery Huffman and Lydia Huffman whom she loved very much.  She is also survived by a sister, Elaine Clark of Martinsville; two brothers, Curtis Boyd and Ronnie Boyd both of Bassett.

Inez was such a sweet lady with a big smile that made you feel wonderful! I'm so glad I got to know her! Special lady!

Never miss an update about Inez. Sign up today.