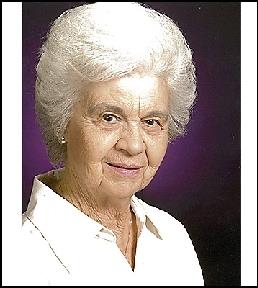 Not the right person? See All ›
DIED
May 24, 2020
LOCATION
Spokane, Washington

SNOW, Irene E. Irene Elizabeth (Kintschi) Snow was the first born of 6 children to Moritz (Morris) Kintschi and Anna Tanner Kintschi August 21, 1922 at Edwall, WA. Irene married Robert Harold Snow, Jr. (Bob) one week after graduating from Edwall High School on June 1, 1941. Together they had three children: Robert Harold Snow III "Bobby" (1942), Terry Lee Snow (1945) and Susan Elizabeth Snow Simpson (1948). Irene and Bob moved from Spokane to Reardan in 1954 when they bought a family farm. In 1965 they started Snow's Auto Supply in Spokane. They commuted from Reardan daily. Over the next few years they added more farmland at Bonners Ferry, ID. They stayed on the farm at Reardan until Bob's health was failing. They moved to Touchmark on the South Hill in 1996 where she lived for the next 24 years. She went into Hospice House where she passed away on May 24, 2020 of natural causes at the age of 97. Irene was preceded in death by her husband of 55 years, Bob Jr (1996); son, Bob III (2012): her parents, Morris and Anna Kintschi; and her sister, Marie Sinclair. Irene is survived by her son, Terry Snow (Colleen) and her daughter, Susan Simpson (Steve). Her grandchildren are Kelly Snow, Shannon Heim, Cary Snow, Sandi Snow, Kris Kanzler, Jeff Kanzler, and Jennifer Conner. She had 12 great-grandchildren. She is also survived by her sisters and brother, Bernice Cox, Shirley McRae (John), James Kintschi, Deanna Frostad (Alvin) and her in-laws Sandi Sinclair and Evelyn Paulsen. There will be no services at this time.