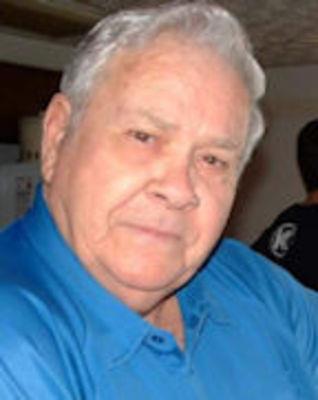 Not the right person? See All ›
AGE
92
LOCATION
Frankfort, Ohio

He was born December 5, 1927, in Bladen, Ohio, to the late John Wilson and Goldie Jane Swain Waugh. On January 29, 1955, he married the former Joyce Ann Schofield, his wife of 65 years, who survives.

Gone but never forgotten. Ivan Lowell Waugh the father of 4 children, 4 grandchildren, and 2 great grandchildren that he cherished with all of his heart as they did him as well. Daughter and son-in-law Monica and Ses Hardesty, daughter and son-in-law Carolyn and Tom True, son and daughter-in-law David and Teresa (Morton) Waugh, son Scott Waugh, granddaughter and grandson-in-law Jennifer (Gilmore) and James Skaggs, grandson Benjamin and granddaughter-in-law Mindy (Houser) True, grandson David Daniel Waugh, granddaughter, Aleah Hardesty and fiance David Thomas and great grandsons Corbin and Jacob Skaggs all of which he could never get enough of. Also surviving are a foster son, Floyd Martin; a sister, Mary (Billy) Hendrix, of West Monroe, LA; a brother, John (Marilyn) Waugh, of Chillicothe; and many nieces and nephews. In addition to his parents, he was predeceased by brothers, Carroll Waugh, formerly of Gallipolis and Clifford Waugh, formerly of Norwalk; and a special cousin, Juanita Workman. Ivan worked for the US Gypsum Co. in Port Clinton, Ohio in the summers from age 16. He also worked for the Columbus State Mental Hospital until he was drafted in September of 1950.

He served in the United States Army's First Calvary's 7th Division and fought for his country in the Korean War until he was seriously injured and removed from battle on October 4, 1951. He was awarded a purple heart and 3 bronze stars for his injury and bravery while serving his country. He continued his service working for the VA Chillicothe facility in the occupational therapy department. He retired in 1984 and through the love of growing a garden started selling his peas and vegetables to Chillicothe residents and soon had an established business that he lovingly just called PEACH.

On earth our hearts are broken without him but he has joined the ones that he has missed, as we will him...until we meet again. Funeral services will be held 11 a.m. Saturday, February 1, 2020 in the WARE FUNERAL HOME with Rev. Jack Norman officiating. Burial will follow in Rowland Cemetery where military graveside rites will be conducted by American Legion Post 483, Frankfort, OH and taps will be played by his grandson, Daniel Waugh. Friends may call at the WARE FUNERAL HOME from 6 to 8 p.m. Friday.

Joyce and Carolyn, So sorry to hear about your loss. Know that you are all in our thoughts and prayers. With love,
Karen

Carolyn
So sorry for the loss of your Dad, I know words can not ease your sadness but know that I am thinking of you and your family at this difficult time. I hope as you remember the wonderful memories you shared with your father it will bring a little happiness to your heart.

My deepest condolences to Ivan's family. May the God of peace and comfort strengthen the family doing this most difficult time.

Sorry for the loss to your family. My late husband ,john and i always thought highly of joyce and ivan. May you always carry memories of a life well lived.

I loved 'handsome' as I always called to him whenever I visited with he & Joyce.. He & Joyce will continue to be very special friends. Their children are also special people - so kind and loving...a wonderful legacy. My prayers for all family & friends as we go forward in our lives without Ivan's presence. His memory will remain. Love to Joyce & her family.
Lovingly- Dee Stevenson

I am so sorry that I will not be able to visit at the funeral home. I have another commitment that I have to attend. So sorry for the loss of your dad. I know this is a sad time for you and your family. Blessings and peace as you go through these next few days.

Sending our sympathy to Monica and her Family ! Our prayers are with you!

Never miss an update about Ivan. Sign up today.