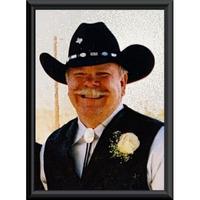 Masonic graveside services for J. D. Fuller, 70 of Palestine, will be held at 10:00 A.M. Thursday, September 9. 2021 at Providence Cemetery in Slocum with Larry Robertson officiating.  Arrangements have been entrusted to Bailey and Foster Funeral Home.

Mr. Fuller was born August 24, 1951 in Fort Worth, Texas to Edward Daniel and Elsie (Rucker) Fuller.  He passed away on Friday, September 3, 2021 at Mother Frances Hospital in Tyler.

Mr. Fuller graduated from Texas A&M in 1972 and was retired from the railroad.  He was also a member of the Palestine Masonic Lodge #31.

Mr. Fuller was a generous and giving man.

JD was an entrepreneur at heart.  He had been the owner of many businesses in his life.  His proudest achievement was being the owner and lead inspector of the company he built over 30 years ago, East Texas Home Inspection & Pest Control.

One of JD’s passions was giving to others.  He did this in many ways but his favorite was to help others by sponsoring and cooking meals for events.

Although JD loved to help others, his heart was always with his family.  He made sure that everyone was taken care of no matter what the need was.

He was preceded in death by his parents; his brother Ray Fuller and his sister Anita Kay Mitchell

He is survived by his wife of 18 years, Mary Gay Fuller; his son Jay Daniel Fuller, Jr.; his sister Carolyn Bradley & husband Pete; seven grandchildren; and numerous nieces and nephews.

Gosh - such a great guy. My heart is hurting. RIP Jay boy !!

My prayers are with the Fuller family and his work family today. God Bless You all during this time. Mr. Jay was always so friendly and real. He would always have a smile, when he would see you. His positive attitude and kindness, really could lift you up. He will be remembered fondly. Mrs. Gay, I have no way to understand your feelings or to take away your sadness. I hope you have comfort and peace during this time and in the times to come.

Deepest condolences. I met JD and had the opportunity to work with him through the Texas Association of Real Estate Inspectors (TAREI) organization. JD was a true professional.

Sorry to here about your lost

So sorry to hear of Jays passing. We enjoyed many good times together when our kids were in school. Rick loved their time umpiring together, he was a great guy. RIP big Jay and gig ‘emLove to your family and especially Jay Daniel.

Never miss an update about J D. Sign up today.