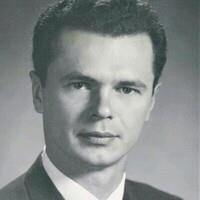 Paul was a graduate of Vanderbilt University and a United States Marine Corps veteran. During this time, he met his wife, the late Frances Jones Vaughan and they returned to her hometown of Murfreesboro. Following his graduation, with his engineering degree in hand, he set off to work for General Electric developing equipment for the NASA Space Shuttle program. He went on to found Olin Metal Products in Murfreesboro, a company specializing in heat treated metal manufacturing.

He soon found his real passion was serving his community by working and serving on the boards of various civic and philanthropic organizations. He enjoyed working with many leaders in education to build stronger learning opportunities in Middle Tennessee. His most significant contribution was the Jennings A. Jones Foundation which benefits many areas in Rutherford County education.

Memorials in memory of Paul may be made to a charity of your choice. Cremation arrangements are under the direction of Woodfin Funeral Chapels and an online guestbook is available for the Vaughan family at www.woodfinchapel.com.

How many could boast an equal commitment to the Marine Corps, yoga practice, philanthropy, and family? Paul will be sorely missed. Much love and deep condolence to all who mourn.

Ladies, I am so very sorry for the loss of your sweet father. He was my yoga instructor for many years and I can honestly say that the fact that your mother was in the class is what made it interesting!!! We had some really good times in the days of those very early morning classes and Paul certainly contributed greatly to my love for yoga. He was an inspiration to my young self to be able to get into the poses that he did, well into his 70’s.

I pray for peace and the comfort...

Paul was a tireless benefactor of the arts and education through his work with the Jennings and Rebecca Jones Foundation. He always strived to find that which was good and helped to make it great.
Intelligent and soft spoken (until he was greatly provoked), Paul’s dedication to making life better in Rutherford County through philanthropy will be sorely missed.

My heart is with your and your family

Never miss an update about J. Paul. Sign up today.