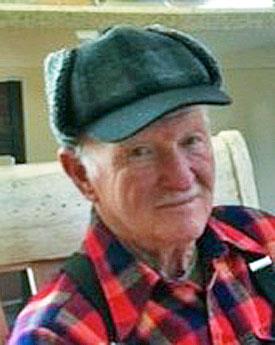 Not the right person? See All ›
LOCATION
Wauconda, Illinois

J. Robert "Bob" Reardon passed July 3rd, 2020 from complications of Alzheimer's and Sundowners. Bob was born on his grandfather Reardon's farm along the Fox River Cuba / Wauconda on November 15, 1931, to Harry and Beryl Gilbert Reardon. When he was 3 years old the family moved to the Roney Farm, Wauconda where his Dad became manager. Bob grew up loving the land, hunting, fishing and working in the dirt. He attended the local schools, Class of "49." While a sophomore he met and fell for a Chicago transplant and the love of his life. From 1951 to 1953 he proudly served with the United States Navy Construction Battalion Seabees MCB6. While home on leave he married his high school love. Bob and Virginia (nee Howells) were married in a candlelit service at the Wauconda Federated Church during a blizzard on December 22nd, 1951 - 68+ years married - 74 years together. Proud parents of Elizabeth Kazimour and Suzanne Seaman. Bob loved his life working the land - working first for Wauconda Construction and then for his pal Alan at Alan Smith Excavating as well as his own business Reardon Road Grading. He loved developing the land; digging the lakes, moving dirt and building roads. Bob was a member of Operating Engineers Local 150. His happiest times were working - his toys; backhoe, grader, dozer, cats, scraper and tractors and what he could do with them. He was proud of his work and often driving around Lake County he would say - I put those roads in that subdivision or that one. He also developed his own subdivisions; Rolling Oaks and Rolling Oaks West in Island Lake and Reardon Acres and Suzanne Acres in Wauconda. He had a great smile and was always ready to give a helping hand or advice on how to do it better. He loved his family and traveling; spending winters in Florida in our motorhome while spending spring and summer working around his little farm, the lake he dug and the animals he raised - always the Farm Boy who built his home on his grandparents Gilbert land and the adjoining Davis Farm he purchased in 1967 where he dug our lake. He is survived by his wife, Virginia; daughters, Elizabeth Kazimour and Suzanne Seaman; his grandchildren, Cory (Kayla) Kazimour and Kristin (Ed) Heinz, great-grandkids, Jake and Brett Kazimour and Tyler and Halle Heinz; his brother, Harry (Norma) Reardon and his children, Mike, Margaret, Kathy, Barbara and families; his sister, Mary Jean (Arne) Moestue and their son, Thor (Michelle). The Carey family - his right arm helper, Tommy, and Scott, Gayle and families and his good friends, Steve Schmitt, Harold Scheid and the closest thing to a son, Joey Bittner; and goddaughter, Joyce Bittner Kohler. At Virginia and Bob's request, there will be no wake and the funeral services will be private. Please sign the guest book at www.kisselburgwaucondafuneralhome.com. If you would like to make a memorial donation, contributions can be made to Save-A-Pet at www.saveapetil.org (Bob loved all his animals). We knew the day we took our vows that someday we would part but the joys we shared together shall remain forever within my heart. If I had the chance to do it again, to change a thing or two, The one constant in my life would be my love for you. A song sung by Roy Clark

ob was a great man. Soft spoken but never without that gentle smile. Always willing to help. Our condolences to your families.
The Pressney family

So sorry to hear of Bob's passing Virginia. What great Citrus Park Rally Field neighbors. Thanks for all the Pistachio's.

Never miss an update about J.. Sign up today.