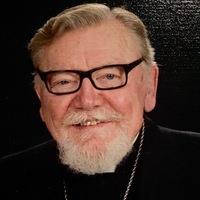 Jack D. Russell passed away unexpectedly in Tyler, Texas on December 26, 2021. He was born the son of Donia Spakes and Jefferson Davis Russell September 6th, 1927 on the oil lease where his father worked near Mildred, Texas. After graduating at the top of his high school class in 1944, Jack enrolled at Texas A&M where he joined the Corps of Cadets and rose to the rank of Regimental Exec-utive Officer. This was a hard-earned personal accomplishment and a source of great pride for Jack. He went on to graduate in the spring of 1948 with a Bachelor’s degree in Business Administration.

After graduating from A&M, Jack received his officer’s commission and was deployed with the storied 10th Mountain Division of the US Army. During his time in the military he served at a number of facilities including the Army Arctic Training Center near Fair-banks, Alaska and Fort Riley, Kansas. While in Alaska he served as platoon leader and taught his troops many skills including cross country skiing. During his time in the ser-vice Jack felt the call to become a priest and after mustering out as a 1st Lieutenant, he enrolled in the Episcopal Theological Seminary of the Southwest in Austin.

One evening, while at the Canterbury campus ministry, he met the beautiful and vivacious Jane Frances Bennett who was attending the University of Texas. After a brief courtship, they were engaged and later married on September 3rd, 1955, in Austin Texas. Jack earned his Master’s of Divinity from Seminary in May of 1956, and was ordained to the priesthood the following year.

Following his ordination Jack served briefly as priest of a small mission in Pasadena, Texas before getting his first parish assignment at St. Mary’s, Bellville. In September of 1960 their first child, Jonathan, was born and a little over a year later they had their first daughter, Emily, in the fall of 1961. Shortly, thereafter, Jack was called to be the Rector at St. Matthias in Shreveport, Louisiana where they raised their 2 children and numerous foster children. In 1966, they welcomed their third child, Jessica. In 1968 Jack and the family moved to Greenville, Texas after being called to be the priest at St Paul’s. While in Greenville he joined the Blackland Players, where he played in a number of productions including a starring role as “Mortimer” in Arsenic and Old Lace. During his years of service to St. Paul’s, he was also a member of several civic organizations. In the summer of 1979, Jack accepted a position with The Diocese of Dallas as Cannon to the Ordinary and served as assistant to the Presiding Bishop. During this time he also taught Homiletics at the Dallas Theological Seminary. Following a re-gime change within the Diocese Jack accepted a call to be the Rector of St. George’s Church, Port Arthur, Texas. He enjoyed serving the parish until his retirement in 1992 when he and Jane moved to Tyler, Texas. Although retired, he continued to serve as Chaplain to the Re-tired Clergy for the Diocese of Texas for many years. Fr. Russell was most well-known for his “booming” voice that garnered him the nick-name “Fr. Boom Boom.” He was also known for his gift of homiletics or preaching. One of his favorite quotes was “a sermon should be long enough to cover the subject and short enough to keep the interest.”

Fr. Russell remained an active member of many civic organizations throughout his lifetime. He was also a member of the “gallon club” with the local blood banks and a large contributor to local food banks. He served as spiritual director on many Cursillo retreats, Happening re-treats and many, many sessions at Camp Allen & Camp Crucis. He lived his life for others and strove to personify his favorite bible verse: “For I was hungry and you gave Me something to eat, I was thirsty and you gave Me something to drink, I was a stranger and you took Me in, I was naked and you clothed Me, I was sick and you looked after Me, I was in prison and you visited Me.” Matthew 25

He loved a good crossword puzzle, mystery or historical novel and he read the newspaper every day. He faithfully read morning and even-ing prayer and kept his well worn Book of Common Prayer at his bedside. He baptized hundreds of people over the course of his life, per-formed countless wedding ceremonies and sent many souls, through the mercy of God, to rest in peace. Everywhere he went, people called him Father or Padre but only his three children had the honor of calling him “Daddy”.

A memorial service will be held on January 22nd, 2022 at 11:00 am at All Saints Episcopal Chapel, 2695 S SW Loop 323, Tyler, TX 7570. A reception is being held at St. Francis Episcopal Church, 3232 Jan Street immediately following the service. In lieu of flowers, contributions can be made to East Texas Food Bank in his name by contacting [email protected] or www.easttexasfoodbank.org

We will not be able to attend the memorial service for Father Jack Russell or the reception afterwards because of health issues that we are having. We will be there in spirit though rejoicing for a wonderful person with his family and all who knew and loved him. He was a faithful friend and true servant of God. Sincerely, Paul and Lucy Taft

Father Russell came into my family’s and life in Shreveport and had a profound impact on my religious beliefs. He was funny, kind, mischievous, and always ready with a hug and some great baked goods! He was very loved and will be missed. Heaven has another angel to look over us. ❤

I have known Jack since moving to Tyler in June 2003 to become the new Chaplain of All Saints Episcopal School and an Assisting Priest at Christ Episcopal Church. At one of my first services at Christ Church Father Jack, who had been serving as Interim Chaplain of All Saints , graciously commended the All Saints students to my pastoral care. i will always be grateful for his action and the friendship we have had with each other over the years.Father Jack was a trusted friend, colleague,...

What a precious person. I have the great pleasure of his daughter, Emily, being my sister-in-law and thereby having Jack as part of my life. I loved the times he spent with our family. He was always sweet and caring and his humor was just so dry and witty. He spent time understanding and truly knowing people. Often, I would receive a package in the mail from an unnamed giver that contained some beautiful plant or bulbs. I always knew the sender was that rascal Jack. He and I shared an...

Jack was a great rector for us here @ st.marys .we Became good family friends and remained in touch during all oftheir moves.my husband bob was Michel,s godfather. I wish I could be there for his service but Tyler is a it far for me to travel these days.sending my love and sincere sympathy-Shirley charpiot

Father Russell was the dearest man; strong in faith, huge in humor, and unparalleled in kindness and love. He and the kindergarten are my first true memories of the church - such a precious, cherished era. I'm a far better person all these decades later from the seeds he planted early in my life. My thoughts and prayers are with his children and all who love Father Russell.

We are so sorry for your loss. He was a wonderful person. Praying for you and your family. We love y'all.