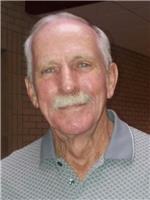 Jacob "Jake" Albert, age 76, died peacefully at his son's home after battling lung cancer. He was born on September 10, 1944 to Julius Elton Little and Mae Rose Roshto Little in Plaquemine, LA. Originally named Julius Elton Little Jr, Sidney Albert adopted Jake at one year old, after his marriage to Rose in 1945. Jake was a US Navy veteran. He joined the local 198, welders/pipefitters union in 1976 and retired after 26 years. An avid hunter and gardener, Jake enjoyed sitting in his deer stand and watching nature, and hunting with his grandkids and best friend Jimmy. He also enjoyed planting and working in his large garden, and sharing his harvest with his neighbors. Jake was fun loving, adventurous, and always thanked the good lord for helping him survive his shenanigans. Even in the midst of a cancer diagnosis, Jake was always positive. He woke every morning and thanked Jesus for another day, and his response to life was "It's a beautiful day". Jake is preceded in death by his fathers, Julius Elton Little and Sidney Leon Albert; his mother, Mae Rose Albert; his sister, Sylvia McLendon; his son, Jacob Albert Jr; his niece, Laura Majoria; and his nephew, Andrew Orbin Branham. He is survived by his sister, Susie Branham; his former wife and loving friend, Frances Grant; his children, Michelle Flippen and husband John; Jerhett Albert and wife Casey; Courtney Johnson; his grandchildren, Melissa, Nathan, Hannah, Anthony, Meagan, Sophie, Kate, Madison, Tyler, Payten, Jayden, and Jace; his great grandchildren, J.T., Aurora, Charlie, Athena, Bennan, and Esther. Visitation will be on at Wilbert Funeral Home in Plaquemine on Friday, April 16th, from 5 to 9 p.m. and again on Saturday from 9 a.m. until time of religious service at 11 a.m., conducted by Lynn Marionneaux. Burial will follow in Grace Memorial Park. Pallbearers will be Tyler Albert, Joey Branham, John Flippen, David Pugh, Kenny Marionneaux and Paul Johnson. Honorary pallbearers will be Jayden Johnson and Jace Perault. Please share memories at www.wilbertservices.com.

The entire staff at Wilbert Funeral Service expresses our sincere condolences. May your heart soon be filled with wonderful memories of joyful times spent together as you celebrate a life well lived!

The Staff of Wilbert Funeral Home

Never miss an update about Jacob. Sign up today.