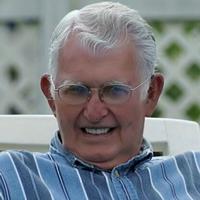 James Luther Cooper, 87, of Madison, Alabama passed away Sunday, April 7, 2019. James was a professional photographer and worked for NASA for many years. He was a charter member at Wall Highway Baptist church where he served as a deacon and on the bus ministry. James loved the Lord, his family, and his church.

A visitation and service will held Tuesday, April 9, 2019 at Legacy Chapel Funeral Home and Crematory in Madison, Alabama. The visitation will be from 10:00am – 11:00am with service following at 11:00am. Pallbearers will be Benjamin Knox, Ryan Robley, Caleb Cooper, Adam Cooper, Michael Cooper, John Bush, Kenneth Odell, and Terry Lee Cunningham.

In lieu of flowers, memorials may be made to Wall Highway Baptist Mother’s Day Out.

Mr. Cooper was such a strong and Godly example for everyone. His bus ministry reached many children who would not have heard God's word otherwise. Many of those children became strong Christians as well. Mr. Cooper will be greatly missed.

Only good memories of Mr. Cooper. I still remember him picking me and my friends up on the bus in the summer to go to vacation Bible school. He was always so friendly and always exhibited a seevants heart. Wish I had made time to play more Rook with him.
I worked with his grandson Jim later on and Jim had only great memories of his grandparents. They had made a great positive impact in his life that he carried with him.
You will be missed Mr Cooper, not many like you...

Grandaddy Cooper was truly a great man! He never met a stranger, and you were always welcome in his home. His love for his children, grandchildren and great grandchildren was undeniable. He was a Godly man and I know the Good Lord truly is lucky to get one of his best shepherds back in his kingdom. He will be missed, but we can be at peace knowing this wonderful man is also now at peace and looking down upon and watching over us. I had the pleasure of marrying into his wonderful extended...