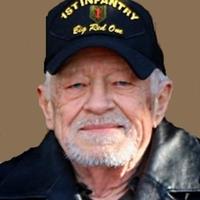 James K. “Jim” McCorkle, age 78 and a longtime resident of Frankton, passed away at home on Wednesday, August 26, 2020 following an extended illness.  He was born July 29, 1942 in Elwood, the son of Frank and Kathleen (Willshire) McCorkle.  Jim attended Wendell L. Willkie High School in Elwood with the class of 1961.  He proudly served in the U.S. Army following high school and remained a patriotic veteran all his life.  Jim married Judith A. Hoover on May 29, 1971 and they shared over 33 years of marriage together before her passing in 2004.  Jim retired in December of 1998 from Delco Remy in Anderson where he worked as a tool and die maker for 27 years.  He was a member of U.A.W. #662 in Anderson.  Jim was an avid classic car enthusiast from a young age.  He liked restoring old cars, NHRA drag racing, NASCAR racing, and was a longtime member of the Vintage Rollers Car Club in Elwood.  Jim was also a member of the Frankton American Legion and a loyal fan of Frankton sports teams and the Indianapolis Colts.  He especially loved spending time with his family.  Jim was a dedicated husband, father, and papaw who will be greatly missed.

The family would like to thank Mary of Ascension Hospice and Jim’s daily caretaker, Darci French, for the wonderful care they provided to Jim in his final months and days.

A funeral service celebrating Jim’s life will be conducted at 11:00 am on Wednesday, September 2, 2020 at Copher-Fesler-May Funeral Home in Elwood with Pastor Jerry Young officiating.  Burial will follow in K. of P. – I.O.O.F. Cemetery in Frankton alongside his wife.  Military honors will be conducted by the U.S. Army and Elwood V.F.W. honor guard.  Visitation for family and friends will be held from 4 to 8 pm on Tuesday, September 1, 2020 at Copher-Fesler-May Funeral Home.  Local guidelines for health and safety will be observed including social distancing and face coverings at the funeral home.  Memorial contributions may be made to the Frankton American Legion through the funeral home.  Online condolences and memories may be shared at www.copherfeslermay.com.

Condolences to the family . I was friends with Jim in High School, he was a very kind & honorable man. So sorry for your loss.

Sorry for your loss. Your in my thoughts and prayers

Brian, sorry to see where your Father passed away. I will be thinking of all of you.

We offer our deepest condolences during this difficult time

The Staff of Copher-Fesler-May Funeral Home

Never miss an update about James (Jim). Sign up today.