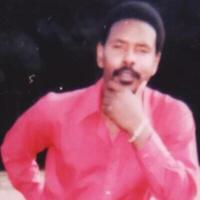 James Thomas Johnson, affectionately known to his family as “Shugar” transitioned on April 1, 2021 at the Lower Cape Fear LifeCare Center in Wilmington, North Carolina. He was born on May 3, 1954 to the late Peter Dickens and Maggie R. Johnson.  He was raised by the late Prince Albert and Ruth Bridges.

Shugar attended Edgecombe County Schools and graduated from South Edgecombe High School in 1972.  During his senior year, he led South Edgecombe to win the State Basketball Championship.  Many young athletes looked up to Shugar and he gave them advice on sports, but basketball was his key to local fame.  He went on to attend Chowan College but decided that he wanted to serve his country.  Shugar joined the United States Air Force and served in the Netherlands for three years.  When he returned home, he drove trucks and worked as a laborer in the local area.  Shugar was a master vegetable gardener, fisherman, and an avid UNC Tarheel fan!

Shugar was very charismatic and never met a stranger.  He endured a long fight with cancer, but even during his last days, he still had a smile on his face.

He was preceded in death by his sister, Laverne “Buck” Johnson.

Funeral  services were held on Saturday, April 10, 2021 at 1:00 p.m. at  Bethlehem Primitive Baptist Association Church, 3033 Bynum Farm Road, Pinetops, NC. A public viewing was held one hour prior to the service from 12:00 pm – 1:00 pm at the church. Arrangements were handled by Shawn Lea Funeral Home of Scotland Neck, North Carolina. Send condolences to www.shawnleafuneralhome.com.

Shugar, God is putting you on his team now. Your old friend and team mate.

“Sharing in your sadness as you remember Shugar.”

With Heartfelt Sympathy
In the Loss of Your Loved One
May the healing gifts of time and the timeless love of God carry you gently through the loss you’re feeling now.
Psalm 54:4
God is my helper; the Lord is the sustainer of my life.

We, the Pastor and Anderson Chapel Church family, offer our deepest sympathy during this time of the passing of your loved one. We are deeply saddened by this difficult time you and your family are facing. We hope our condolences bring you comfort and help ease the pain. God bless you and your family. Pastor Malcom Lewis and the Anderson Chapel Missionary Baptist Church family.

May the love of friends and family carry you through your grief. Our prayers are being lifted up for you all. Praying God will strengthen each of you during this time.

My prayers and condolences to the family. I remember him from attending the same high school. May he rest in eternally peace.

Our most heartfelt condolences are extended to the entire Johnson family. Shugar will definitely be missed. Earth has no sorrow that heaven can not heal. Prayers for all of you.
Carl & Karen Williams

Gone but not forgotten, sorry for your loss.