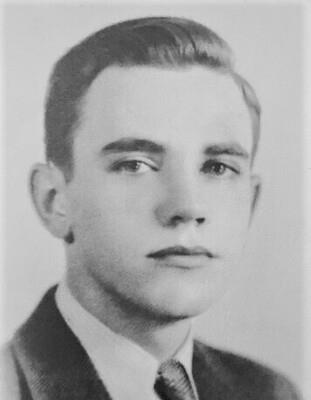 Not the right person? See All ›
AGE
98
LOCATION
Newark, Delaware

Jim was a graduate of P.S. duPont High School and the University of Notre Dame, where he studied Business Administration. He was an army veteran of World War II, and also contributed to the war effort by working in the ship construction industry at the Wilmington Riverfront. Jim was a devoted Irish Catholic. A sports enthusiast, he was an avid Phillies fan and also enjoyed both college and professional football, baseball and basketball.

Jim was one of the longest residing members of the Somerford Assisted Living Community, having moved there in December 2000. He requested special acknowledgment to the staff who provided him loving care and made him feel blessed.

In addition to his parents, Jim was predeceased by his brother, Robert Kelley.

He is survived by his cousins, Teresa Fahey Reilly (Michael) and Maureen Fahey Sentman (Robert).

A Mass of Christian Burial will be celebrated at St. Patrick Church, 15th and King Streets, Wilmington on Tuesday, September 22 at 10:00AM, immediately followed by interment in Cathedral Cemetery.

In lieu of flowers, donations in memory of Jim may be made to Somerford House, 501 S. Harmony Road, Newark, DE 19713.

In loving memory of a wonderful Gentleman. I will always remember our conversations. I enjoyed having with you while working at Somerford House. RIP Jim.