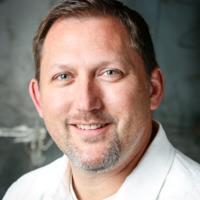 James “Jimmy” Polk, husband, father, son, teacher, and friend passed away on Monday, September 7th, 2020 at the age of 49 after a hard-fought battle with Frontotemporal Deterioration.  Jimmy is survived by his wife of 28 years, Melinda (Creecy); his children, son Cameron and wife Shannon of Forney, daughter Hannah of Kaufman, son Micah, U.S. Navy, and daughter Emma of Kaufman; his mother, Nita Smith of Kaufman, father Jim Polk and wife Vicky of Hawkins, and sister Audra Allen of Australia.

Jimmy was born in Killeen, TX on April 8th, 1971 to Jim Polk and Nita DuBose. He was a 1989 graduate of Mineola High School where he was a proud member of Act 1 and Company, the Mineola Yellowjacket band, and the choir. He attended Jacksonville College and then Dallas Baptist University where he earned a bachelor’s degree in church music (BCM.) He later received his master’s degree in education from Stephen F. Austin State University.  He was a judge for both of the major instrumental music organizations in the state of Texas. Texas Music Educators Association (TMEA), and The Texas Small School Bands (ATSSB). He was also a proud life-long member of Phi Mu Alpha Sinfonia Music Fraternity of America and a member of the Southwestern Oklahoma State University Band Camp Faculty for 13 years.

He married Melinda Creecy on June 20th, 1992. In 1997 they welcomed son, Cameron. Two years later they had a daughter, Hannah, and two years after that, son Micah. In April of 2008, they adopted Emma and their family was complete.

Jimmy was a talented musician and shared that talent as worship leader with several churches including Calvary Baptist Kemp, First Baptist Ferris, First United Methodist Weatherford, and First Baptist Kaufman where he served for 19 years. He was also passionate about sharing his love of music with students. He was a dedicated public educator for 17 years, teaching in Kemp ISD and Kaufman ISD.

It would honor the family and Jimmy’s memory if, in lieu of flowers, you would donate to one of the following:

·         First Baptist Church of Kaufman will be naming the Worship Arts wing after Jimmy. Please consider a donation to the wing by mailing a check to FBC Kaufman, 2000 W. Fair Street, Kaufman, TX 75142 or online at www.fbckaufman.org/give-online.

Im so sorry for your loss. He was a great man and left a great legacy for his children and others to follow. We will be praying for all of you
Love always
Andy and Donna
Culver

I'm so sorry for the families loss. This man helped me through so much. Dealing with family issues all the way down to helping me try out for college band. He was the biggest mentor I had and he will be greatly missed.

In loving memory of a wonderful person. We will love you and miss you always. And Was a great Teacher that had a big heart and patience for his children in his classroom my son love him alot wish we had more Teachers like him❤

Mr Polk was a great man. He taught me a lot about music. He will be missed.

Mr. Polk has done so much for so many and he will be truly missed. We are so thankful that our paths had crossed and for his teachings with the FBC Choir & Kaufman Band. Our thoughts and prayers are with the family. May God give you peace and comfort during this difficult time.

Jimmy, it was always a joy to sing with you. I especially appreciate the kind encouragement you gave to me when I first moved to Kaufman and began singing in the FBC choir, as well as how loving you were to my Dad. We are blessed from having known you.

You were a huge part of my childhood. Honestly, one of the best mentors of my life. You were kind, generous, and faithful to the people you were around. I love you.

It was a blessing teaching with such a fine and caring person. I remember when I first met him when he started at Kemp. He always had a smile and was ready with an encouraging word if needed. Prayers for his family. S