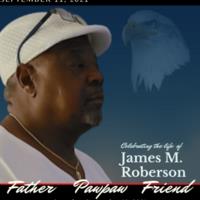 JR attended Warren County Public Schools and graduated from Warren East High school where he excelled in both football and track. After graduation, JR received certification in food service from Bowling Green Vocational and Technical College. The skills he acquired prepared him for 20 years of service to Country Oven Bakery (Bowling Green, KY).

Life after retirement provided JR an opportunity to enjoy and do whatever he wanted. No longer bound by a work day, the early riser could be spotted detailing cars, sitting on the porch watching birds fly free or working in the yard. The midday passerby might see a raised garage door. That simple action was an open invitation extended to family and friends to join him. With cars flanked both right and left, sitting in the garage was like creating the perfect automotive postcard.

Complimented with a medicinal spot of Genever, evenings were his time to unwind and cheer for the Louisville Cardinals (Go Cards!!) and the Dallas Cowboys.

On September 11, 2021 JR rose for the day. He had something to do … some other place to be. And so, in customary fashion he made certain that he was presentable for those he would encounter. JR groomed himself, he dressed, grabbed his cane, placed it gently beside his leg, sat and was received.

Praying for the family.

Special prayers to my nephews Phil and John, love you. Condolences to the family.

I am so very sorry to hear of Johns passing. He will always be remembered with fond memories, laughter, and

a friendship that goes back to our days on Brownslock Rd., and beyond. Rest easy my friend, rest easy
Sincerely,
Shawna and family

Extending My Prayers and Condolences to the Family.

R.I.P. my friend and co-worker