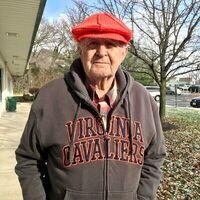 James W. Robinson, 90, of Brant Beach, NJ (formerly Philadelphia, PA), beloved husband of Joan Lee (Magrann) Robinson for 68 years, died peacefully on September 13. He was born April 20, 1930 in Rockledge, PA and grew up in the Port Richmond section of Philadelphia, PA, with his four siblings born to the late Samuel and Lettie Mae Robinson. He is survived by six of his children, Donna M. Robinson (late John DeMasi) of Bensalem; James W. Robinson, Jr. of Philadelphia; Diane (Robinson) Kaplan (Robert) of Bensalem; Samuel T. Robinson (Marie) of Highland Beach, FL; Joan (Robinson) Brong (Charles) of Haddonfield, NJ and Timothy T. Robinson of Brant Beach, NJ. He was predeceased by his daughter Doris (Robinson) Donohue (Steve). James was the proud grandfather of 26 grandchildren and great-grandfather of 23. He is also survived by his brothers, Samuel Robinson and Raynor Robinson. He was predeceased by his sisters Grace Woolley and Norma Niedrist. At the early age of 16, James joined the International Union Bricklayers and Allied Craftworkers, Local 1, of which he was a Life Member (1947-1997), where he worked as a bricklayer, foreman and superintendent over the next 50 years. He enlisted in the Army National Guard in June of 1948 and qualified as a marksman with the US M1 Garand Rifle in 1949. He was ordered into Active Military Service with the 453rd Engr. Const. Division on September 5, 1950 and was honorably discharged on May 24, 1952. After serving in the Korean War building bridges and other structures, he received the Korean Service Medal with 2 Bronze Service Stars and received the United Nations Service Medal. After the War, James returned to and married the love of his life, Joan, on June 28, 1952. They moved to the Juniata Park section of Philadelphia and started their family. In addition to providing for his family, James joined the American Legion, where he was a Commander of the Juniata Park Post 738 and became a Life Member. James also attended his kids and grandkids sporting events, where he cheered on the kids and argued with the referees and umpires. He spent his springs and summers gardening – growing his two favorite vegetables - asparagus and tomatoes. He also loved to spend his time deep-water fishing and crabbing off the New Jersey coast and in the Chesapeake Bay. He led a great life, and will be dearly missed by his family and friends. Relatives and friends are invited to his viewing Sunday Eve September 20,2020 from 6-8pm BURNS FUNERAL HOME 9708 Frankford Ave. Phila., PA 19114 and also Monday from 10am to 10:45am followed by his service 11:00 AM. Interment Private.

Please accept my condolences . I'm so sorry for the loss of your loved one. May the word of God comfort and strengthen you. 2 Thessalonians 2:16,17