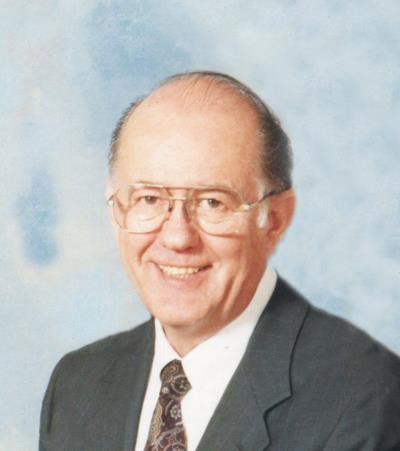 James Harvey Weeks, a resident of Windsor Park, in Carol Stream, Illinois, passed into the presence of his Lord on Friday, July 16th, 2021 at the age of 89.

He was born January 19, 1932, in Minneapolis MN to Lawrence and Bernice Weeks. The family moved to Chicago Illinois shortly after his birth.  He met his future wife, Elsie Alta Burnier, at the High C (High Crusaders) Christian Club at Steinmetz High School. They were married June 2, 1951 and were married for 67 years until her death.

Jim attended Milwaukee Bible College and then started a garage door sales and service company out of his garage.  The company grew over the years to over two hundred employees and was a leader in the industry.  During and following his career as a businessman, he volunteered his time in various roles in Christian organizations.  He taught Sunday School, and was on the building committee of Elmwood Park Bible Church.  He also served as an elder at Lombard Gospel Chapel and was on the boards of Christian Destiny, Evangelical Child and Family Agency, Youth for Christ and Wycliffe Assoc.

Jim was a dedicated father to his six children Marilyn, Margaret, Laurence, Susan, Janet, and Carolyn.

As Jim and Elsie’s children became adults and were scattered across the country, Stormy Lake in Wisconsin became the place that the family gathered and shared many wonderful times together. During these years they also attended Conover Evangelical Free Church where he thoroughly enjoyed the company of the Joyful Seniors.

James is preceded in death by his wife, Elsie, and his parents.

Services were held privately. Interment will also be private at Fairview Memorial Park in Northlake, IL.

I found out today about your dad, I’m sorry for the great loss you must feel. He was an amazing man and I loved your he and your mother immensely. When I think of them, I recall conversations about how excited they would be when they got to meet The Lord. I’m so sure that they are both with Him now. Your parents were great examples to so many of us in the Northwoods, they were loved, they will be missed. Love, George and Sue Stephen

Elsie and Jim were deeply loved and will be greatly missed. They impacted many
lives! Love, Jim and Sue

I only have distant memories, but they are ones of a man with vision, direction, and a keen sense of moral responsibility.
May his testimony live on through his extended and blessed family.
Elsie and Jim were welcoming and friendly people. You can’t beat that for a Christian testimony.
Until we meet again, my deepest sympathies to family and friends who honor his memory.

May the Lord give you strength and peace at this time. Known Jim and Elsie from the days of Elmwood Park Bible Church. Had dinner here at Windsor Park with Jim recently. Wii miss them. A great faithful and Godly couple. I'm also a resident of Windsor Park.

So sorry for your loss. Happy you all got to be together. What an amazing legacy he has passed on. Praying for you all in this hard transition.

I was just informed of Jim's death by his sister-in-law, Barbara. I am so very sorry that we've all lost such a wonderful man and good friend. I said a poem at their wedding reception when I was about 10 years old (I'm guessing). I lived next door to Elsie and Jim for many years and their daughters, Marilyn and Margie, babysat my children. I have many happy memories of my favorite neighbors and a few memories of our lives together in retirement villages a few miles apart. Hopefully, we...