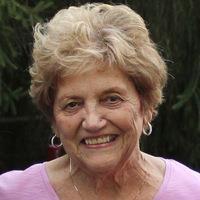 Janet L. Garrison, 78, of Fairmont (Watson), passed away on July 23, 2020.  She was born on July 20, 1942, to the late Charles R. and Julia (Fucello) Sloboda.  She is survived by her husband, Jimmie Garrison, two children, Michael S. (Heather Malone) Garrison of Morgantown, and Lisa M. (Garrison) DeCost, also of Morgantown.  Three grandchildren, Julia Grace and Gabriella Malone Garrison, and Dominic Michael DeCost.  In addition to her parents, Janet was preceded in death by two brothers, Ronald and Charles.

Anyone fortunate enough to call Janet a friend will attest to her kindness, positive outlook, and optimism.  She never met a stranger and was truly beloved by all who knew her.  Her ability to disarm with a smile and a kind word was a gift.  Her sincere warmth and charisma were well-known to her family, friends, and community.

Janet was born and proudly remained in the Watson community of Marion County for all of her life.  She was especially gratified in 2019 to assist with and attend the "Growing Up Watson/Reunion".  Janet was a lifelong member of St. Anthony's Roman Catholic Church and valued her faith community.  She was a member of the St. Elizabeth Guild and served in many volunteer roles.  Many fondly recall Janet serving as their catechism instructor.

Known for her love of children and teaching, Janet served for many years in the Marion County School System as a teacher's aide.  In this role, she bestowed genuine love, guidance, and support to her hundreds of students.  It was not an unusual occurrence for a former student to reference Janet's role as their favorite during their early formative schooling.  Generations of successful students regularly kept in touch with her long after they left her care and sought her counsel as they moved on with their own families and careers.  She was known to recall each and every one of them (as well as their spouses and children) and relished in hearing about their personal growth.

Janet was a voracious reader and enjoyed being outdoors - especially at the ocean.  Her friends are far too numerous to mention by name - although she could list all of them upon command.  She had a particular love for meeting with her friends to play games like dominoes and bunco.  Despite her otherwise congenial demeanor, she was relentless and competitive during these gatherings (including with her own children and grandchildren).  More than anything else; however, she enjoyed the chance to get together with her those she loved and cherished.

Janet also loved the holidays - particularly Christmas and Easter.  Her Christmas Eve gatherings were always special and provided her family many lifelong memories which they will cherish forever.  Her Easter Bread was legendary and much sought after by family and friends alike.

Janet was a loving mother and wife.  She and Jimmie were married for 54 years.  Janet took enormous pride in raising and teaching her children.  She instilled in both of them the value of respecting and supporting others, educational and career pursuits, and especially, the importance of family.

Though she had many successful and memorable roles during her rich life, being a grandmother was her greatest love and accomplishment.  She proudly adopted her new name of "Gigi" upon the birth of her first grandchild and never looked back.  She enjoyed every moment she spent with her three loving and talented grandchildren.  She was a regular at cross-country meets, softball and lacrosse games, as well as music concerts and plays. She absolutely loved inviting her grandchildren to assemble increasingly challenging puzzles, teaching them how to play dominoes or Sequence, and to sing along with her to the soundtracks of Mamma Mia!

The family will receive friends at Domico Funeral Home, 414 Gaston Avenue in Fairmont on Sunday, July 26, 2020, from 4 p.m. until 7 p.m. and on Monday, July 27, 2020, from 1 p.m. until 7 p.m., with vigil rites at 6:30 p.m. on Monday.  Catholic Funeral Liturgy will be held at 10:00 a.m. on Tuesday, July 28, 2020, at St. Anthony's Roman Catholic Church with Father Vincent E. Joseph as celebrant.  Interment will take place immediately following at Mt. Carmel Cemetery.  While the family appreciates the absolute outpouring of sympathy and support for their loss, they also understand and that there are those who are not comfortable attending public services at this time and we know that they will celebrate Janet's rich life in their own personal way.  For those who plan to attend, please wear face coverings and practice safe social distancing measures during the visitation, mass, and funeral. Online condolences may be sent to the funeral home at www.domicofh.com.

I was so sorry to read of Janet’s passing. I worked with her through Marion County Schools and have fond memories of her, although we didn’t keep in contact long term. She was a very nice lady.

Mike and the Garrison family, I want share my heartfelt condolences to all of you on the loss of this great lady, wife and mother. Everyone felt her grace and care. I hope that in these very difficult days and weeks ahead, you can pause and reflect on the moments of joy that you celebrated and her impact on so many. Please take care of yourselves, and I send you my very best. I will keep all of you in my prayers.

I was so sorry to read of this news. Mrs. Garrison called me in May, when she heard about my sister's death and we had the best phone call. She was our first babysitter and had the best stories to share about my sister. What a kind and loving person that will be missed by so many!

I worked with Janet as an aide with Marion Co Schools and have known her for years. I would see her once in awhile when I worked at Lowe’s and we would talk for a few minutes. My deepest sympathy to her family and loved ones.

In loving memory of a wonderful person. We will miss you always.

Janet and I shared so many memories together with our kids. Her beauty was from within and shined for all to see. She was such a kind, loving person, and I was blessed to have her as my friend. Many years ago, she made me a beautiful ceramic figurine of the Holy Family that I bring out each Christmas, and I think of her each time I look at it. She will always have a special place in my heart.
Anne Muto

In a previous post, whether thru my own fault or an internet glitch, Michael was left out of the post. Michael! He who was the joy of her life! She would have NEVER, EVER forgiven me ! Her son, her joy, her sweet boy! I don’t need to tell you how much she loved Michael! So...deepest sympathy to you also, dear Michael! Never was a young man more loved than you!

With great sadness we send our condolences to the Garrison family. Janet was a lovely person, a friend and classmate.
Rest in peace Janet. Travel well. Champ and Nadine DeBlasio

Jim, Mike, Lisa & families, we are heart broken on your loss. "Jan" (I was the only one to call her that) was the kindest and most thoughtful person. Was lucky enough to have known Jan & Jim for 54 years. You all are in our prayers. May God give you the strength needed at this time.