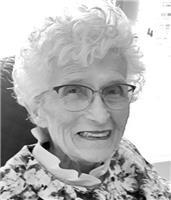 Mrs. Lehman, 94, passed away peacefully Saturday, August 29, 2020, at her home at Southminster Retirement Community in Charlotte, NC.A Graveside Service will be held at 11am, Thursday, September 3, 2020, at Forest Lawn East Cemetery. The family will receive friends at Heritage Funeral Home, 3700...

I would like to extend my condolences to the family of Janet Lehman. I attended St. John's Episcopal Church in Marysville, CA during the time in which General Lehman and she were there. Mrs. Lehman always had a smile on her face and was friendly to all. Both she and Don were amazing people. I think of them often.
My sincere condolences on Mrs. Lehman's passing.