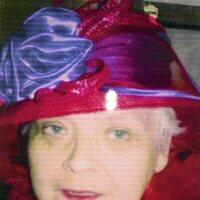 Janet Kay DeLawder Massie, 76, of Winona, Texas, made her journey home on Wednesday, May 26th, 2021. She was surrounded by her husband and family as she left her tired earthly body and moved on to her glorious new life.

Janet was born February 22, 1945 in Ironton, Ohio to her mother, Sara Captolia Nance and step-father Beldwin F. Wise. Although her life was not easy, she persevered and met a young man named Billy. Both of their lives were forever changed.

Janet married William E. Massie on October 6, 1964, recently celebrating their 56th Anniversary. They lived in Ironton and started a family. Then in 1972, they moved from Ohio to Charleston, WV, giving birth to the final one of four daughters. In 1981, Janet and William moved to Texas with their four daughters. She got her certification from Tyler Junior College to become a Certified Nurses Aide and spent many years in that service at both local hospitals in Tyler.

Janet and William shared an extraordinary love with each other. As he underwent several medical issues, she remained by his side fervently. Then as she fell ill, she was blessed with him always at her side. She was always aware of his voice and responded when hearing their favorite song “Blueberry Hill” by Fats Domino, which William sang to her often.  She possessed a wonderful caring heart and will be missed deeply by her husband and all four of her daughters and families.

She will always be remembered for her love of crafting. She would carry her crafting bag everywhere she went and always have something to craft. She especially loved to hand sew dolls and give them to random strangers.

Mom, I will always love you! See you when I get there. ❤

Jan, you were a great wife and mother .The way your eyes open and shinned as you were passing theres no doubt where you are at. Like I told you at that moment keep youe eyes open for me as some day Ill join you .
Your LoveingHusband
Bill