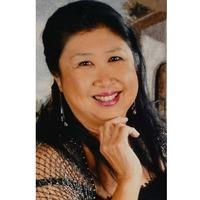 Jareewan Lynch, 63, passed away Tuesday, December 17, 2019, in Bradenton, Florida. Jareewan was born in May 1956, to Flukejai SaeLee and Somjit Thanasanutit in Bangkok, Thailand. She is survived by her brothers, Thanakorn Thanasanutid and Thanapat Paisitanarat. Jareewan came to the United States in 1995. She met and married Robert “Bob” Lynch in 1997. After Bob passed away in 2001, Jareewan continued to work hard to support her in Thailand. She helped to raise her nieces and nephew, Som, Nut, and Fern. After her mother passed away in 2007, Jareewan faced her own health issues. She became legally blind from Mayomoya disease which led her to accept Jesus Christ as her personal Savior. Jareewan was a fighter and determined to be independent despite her condition. Jareewan met Edward Koon via Match.com when she was looking for someone who could share the rest of her life with. They loved and cared for each other with respect since 2008. Jareewan had a lot of love for every creature, people, animals, or plants! She had a four-leg daughter named Monday and two four-leg sons, DeNoso and Rocky. Jareewan enjoyed growing orchids and fruit trees around her house. She also made friends everywhere she went. Jareewan always smiled and encouraged people around her. Jareewan spent the last decade being God’s hands and feet. When Dr. Arnut Paothong initiated home-fellowship and Bible study group, Jareewan was one of the original members who would always be there. Although she had physical limitations, Jareewan’s heart and soul had no limit. She always richly gives for heavenly cause with pure heart. Jareewan lived a very blessed and full life. She is no longer suffering and warmly welcomed by her Heavenly Father. Jareewan will be sorely missed by many lives she touched with her big heart. A Memorial Service will be 11:00 AM, Sunday, December 29, 2019 at Nexus Christian Church Sarasota, 2312 53rd Ave. W., Bradenton, Florida 34207. Brown & Sons Funeral Homes & Crematory 43rd Street Chapel is in charge of arrangements. Condolences may be made to www.brownandsonsfuneral.com

Sweetheart i miss you so much. Youre loving kindnesses can never be replaced. You are without a doubt the love ❤ of my life. Love you forever and will meet you in heaven someday

I cannot believe you are no longer with us I have to believe that God has bigger plans for you. You will always remain in our hearts.

May the love of family and friends carry you through your grief.

Never miss an update about Jareewan. Sign up today.