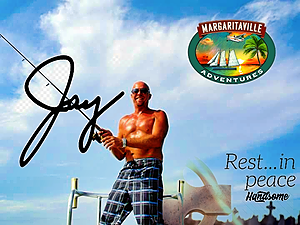 Not the right person? See All ›
Created by Lo Solomon and has not been verified by Legacy.com or our partners.
BORN
June 9, 1953
DIED
August 19, 2018
AGE
65
LOCATION
Austin, Illinois

Jay Allan Bramlett III, born on June 9, 1953, passed away at age 65 on August 19, 2018 in Austin. Jay served in the Air Force from 1970 to 1975. Jay was raised in Pennsylvania and spent most of his life in Austin and Corpus Christi. Jay lived an exciting life full of adventure. was known to have run with musicians such as Jimi Buffet and Willie Nelson in the 70s. In 2007 Jay owned the nightclub Ruby801 in Austin. Jay remained in real estate for 30 years and had not retired. Jay is survived by his daughter, Courtney Bramlett; and friends, Logan Solomon, Glen Sanders, Shane Wright, Kerri Ann E., Ann Francis, John McConnell, Stormy Walls, Richard C., Nicki Ims, Jaime Lazerith, Tessa Roberts, and Amber Bunch. Jay loved making new friends, making you laugh, beautiful women, having fun, surprising his friends, giving gifts, helping others, telling great stories, music, exploring the beautiful city, and adventures. The family invites donations in Jays name to Foundation for the Homeless and Caritos of Austin.

I love u Jay u will be missed. RIP love u always Tessa

Was a great friend to many.

I miss you, buddy.

Never miss an update about Jay. Sign up today.