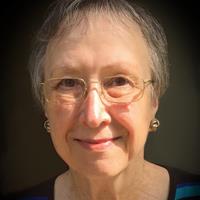 Jean was born in French Camp, California on March 6, 1943, to Wanda Miller Merrow and Ernest Linwood Merrow. Jean grew up in and around Lodi, California, with her parents; her older brothers, Sonny (Ernie) and Jimmy; her twin sister, June; and her younger sisters, Candy and Babs.

After graduating high school, Jean began her college education at Stockton Junior College, where she was known not only for her academic prowess, but her beauty: among other honors, she was crowned Grape Festival Queen at the annual Lodi Grape Festival. She went on to earn her bachelor’s degree in social welfare from San Francisco State College. It was during that time that her brother Sonny introduced her to Lt. Ray Bess – a young optometrist from Bloomfield, Missouri – who was stationed with him at Hamilton Air Force Base. They married in May 1966 and moved to Malden, Missouri, where Ray established his optometry practice, and Jean began her career as a social worker in Kennett – braving the narrow two-lane roads each day. She left that career to raise two daughters, while also volunteering with the Kinunka Club, the Malden United Methodist Church, the Girl Scouts, and more. After nine years at home, she went back to college to earn her teaching certificate from Southeast Missouri State University in 1979. Afterward, she taught in the Malden Elementary School for 19 years.

Jean was always creative – from making her own dresses and working in a flower shop as a teen, to creating Halloween costumes, parade floats, and baby quilts as an adult. She loved telling stories to her children, grandchildren, and students, and she even wrote an unpublished children’s book, “You Have Only Four Minutes” that also featured her original artwork. She had a song for every occasion and enjoyed singing in the church choir, playing board games, watching Jeopardy! on TV and spending time with her friends and family. Jean was an intrepid traveler, journeying from coast to coast with her family (often as the sole driver), but she never considered a travel plan that didn’t include visiting a friend or relative along the way.

Jean was not only a creator, but a fixer for her friends, her family and her community. If a friend was ever in need, Jean was there. When a Sunday school teacher was needed, she stepped in. When a Girl Scout leader was needed, she stepped up. When a very busy Tooth Fairy seemingly forgot to visit one of her daughters, that daughter’s faith in magic was restored by the mystical appearance of a note from the Tooth Fairy explaining that she had been distracted by dancing in the beautiful moonlight … which made her late to exchange the wayward tooth for a glittering (costume) ruby ring. Some 40 years later, her daughter still has the note and the ring.

As her career choices suggest, equity and fairness were particularly important to Jean. As a social worker, she assisted families and children who needed her help. As a teacher, and in addition to her regular duties, she taught the children of seasonal farmworkers – helping ensure they didn’t fall behind academically. She treated everyone with patience and respect and taught others to do the same. One of her greatest gifts was making others feel included, and teaching “her kids” at home and at school to not leave anyone out.

Jean was also devoted to her family. She was a loving wife to Ray for 54 years and a partner in all his endeavors, and she was a loving and supportive mother to her daughters, cheering them on in every way she possibly could. She will be missed more than the family could ever possibly express and will live on in the loving memories and hearts of her family and friends, always.

Jean was preceded in death by her parents and her brothers, Ernest W. Merrow and James Merrow. She is survived by her husband Ray, of the home; daughter Laura Bess-McDonald and husband Robert of Sugar Land, TX; daughter Nicole Bess and fiancé Jason Wagers of Arnold, MO; grandchildren Meg McDonald and Timothy McDonald; sister June Piotrowicz of Leander, TX; sister Clairene Evans of Post Falls, ID; sister Barbara Jones of Oak Harbor, WA; and a wealth of extended family and friends.

In lieu of flowers, the family suggests a donation in Jean’s name to the Bootheel Youth Museum, or the charity of your choice.

Graveside funeral services will be held on Sunday, January 3, 2021 at the Bloomfield Cemetery in Bloomfield, Missouri with Mr. James Powell officiating.

A dear friend. I loved talking to her on Sunday before church.

Never miss an update about Jean. Sign up today.