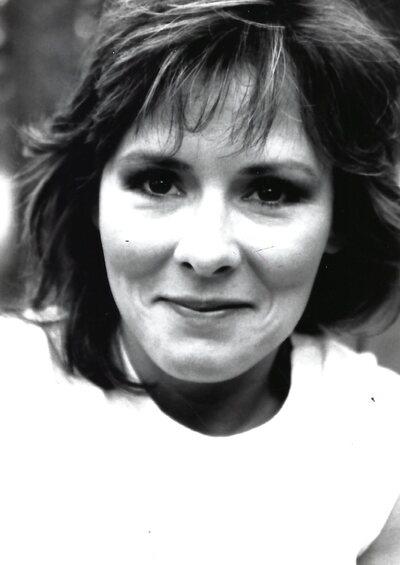 A private service will be held for Jean Anne Collins, 68, who died on November 20, 2021 after a sudden, massive stroke.

Jean Anne was born on February 12, 1953 to Barbara McCloskey and Dr. Samuel Hollis Roberts in Kirksville, Missouri. She endured a difficult childhood, which defined who she became as an adult.

She was a phenomenal mother figure to many. She hypnotized all those she met with her warmth, humor, intellect and generosity. She was stunningly beautiful, an amazing gift giver, an avid reader and had an incredible eye for color. She was a wonderful cook and had a knack for getting any child to eat green vegetables.

Often described as “too much of a person,” she had strong opinions about everything and infuriated most. Jean Anne was notorious for saying the wrong thing, which was how she earned the nickname, “Silver Tongue.” However, this unusual gift frequently brought levity during difficult situations. And despite her contrary nature, she often brought people together in even the most unlikely circumstances.

She had such a tender heart for all animals and never met a dog she did not love. She adored children and always treated them with respect and acceptance. She was passionate about her work with Parents Anonymous and the Crisis Center of East Texas.

We will miss her jokes, her wise advice, her frequent political updates, her beautiful alto singing voice and her iced tea. We will continue to heed her advice that “a lady always wears lipstick” and “to wear sunscreen so that [we] don’t wrinkle early.” But most importantly, we will never forget that “mom was always right.”

Jean Anne was preceded in death by her oldest son, Jason Collins and her dear brother, Greg Roberts.

In lieu of flowers, the family requests handwritten cards and letters, especially with any stories about Jean Anne to share with her grandchildren one day. Kindly mail letters to Jean Anne Collins at 400 W. First Street, Tyler, Texas 75701.

The family would like to give a special thanks to Dr. Becker and nurses Emily and Tasya at Hospice of East Texas for the incredible care they showed their mom during her weakest moments.

Jean Anne, obviously a gifted decorator and lover of art, was also a unique and lovely mother Her son, easily one of the most talented hospice medical providers I have ever known, is a fine father, friend, and a blessing in my family’s life Jean, now free of this mortal coil, I know you are at peace, filled with light, with joy

My heart hurts with this news and I will mourn the loss of this one of a kind woman. I loved Jean Anne and even though we did not remain close over the years I will always be grateful to her for helping me through one of the most difficult times of my life. She always treated me, and my daughters, like family. My thoughts and prayers are with the family...

I will miss her!!

I am so very sorry for your loss. I knew Jean Anne and via my long friendship with her brother Greg, who was one of my dearest friends from our 20’s to through our 40’s . I loved her wit and talking progressive politics with her. She was such a vibrant woman.

So very sorry for this enormous loss of such a lovely lady.

So sorry to hear of her passing. Condolences to the family, she was proud of you all & shared photos with me.
Peggy Lloyd

Never miss an update about Jean. Sign up today.