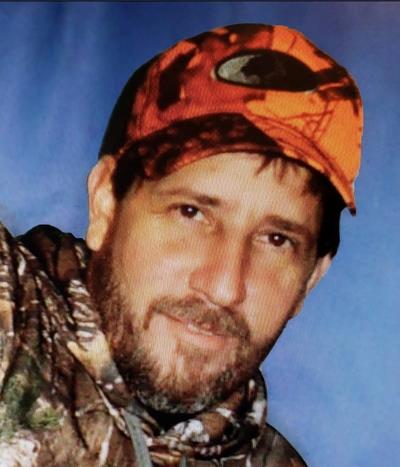 Services for Jeremy Sanchez, 51, of Chapel Hill, will be held on Friday, December 31, 2021 at 1:00 PM at Jackson's Burks-Walker-Tippit with Pastor Steve Lyles officiating.

Burial will follow at Williams Cemetery in Chapel Hill under the direction of Jackson's Burks Walker Tippit Funeral Home.

Jeremy Sanchez passed away on Monday, December 27, 2021 at Hospice of East Texas.

Jeremy was born July 8, 1971 in Arlington, Texas to Charles and Connie Sanchez.

Jeremy was a very intelligent person. There was nothing he couldn't do. He loved anything that had to do with automotive. He worked for Engines Express for 18 years. Over time, his coworkers had started to become family. He was very dedicated to his job. Even in his last days, he still continued to show up to work. He loved drag racing and dirt track the most. Later on in life, he embraced the outdoors more, and found a love for shooting guns and hunting as his main hobbies. The most important thing in his life was his family. He never put himself above anyone else. He was a well-loved Christian man, and found his comfort and solstice in his love for God. We know that in his final moments, he was comforable, at peace, and ready to be with his Grandma.

Visitation is scheduled from 5pm-7pm on Thursday, December 30th at Jackson's Burks-Walker-Tippit.

If desired, memorials may be made to Darlene Sanchez.

Jeremy was my uncle who always made time to help and be there for me when I was growing up. He was a Great role model in my life. I have wonderful memories of my aunt and him taking me to the drag strip and just spending time with me. He once helped me rebuild my 68 Chevelle when I was 18. He taught me so much that I will never forget not just about cars but about life. I love you and you will always be in my heart ❤

Our hearts are breaking for you Darlene and your boys. Jeremy was such a sweet and caring individual.
As the days and weeks pass, and as you return to life's routine, may you continue to feel comforted by the love and support of family and friends. Your family is in our thoughts and prayers.

Jeremy was such a great customer to do business with. We will miss him. Our thoughts and prayers are with Jeremy's family.

Praying for you and your family

Jeremy was always willing to go the last mile to see that his customers were well taken care of. He was a gentle soul and will be missed by all who knew him.

There is a Heavenly Garden by Otis

Sometimes God picks the flower that is still in bloom.
Sometimes the rosebuds chosen, that we feel He's picked to soon.
Sometimes the flower is fading with Petals floating down.
But God knows the perfect time to gather flowers from the ground.
There is a...

Jeremy was such a kind and good person . He will be missed terribly by all that knew him .

Never miss an update about Jeremy. Sign up today.