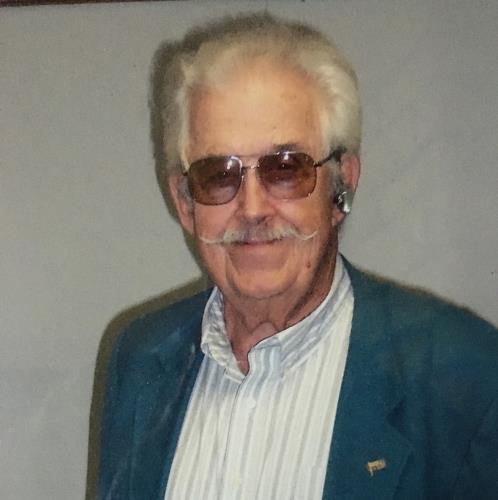 Not the right person? See All ›
LOCATION
Logan, Ohio

Jerry Jay Hutchison, age 90, of Logan, Ohio, passed away Saturday, Jan. 11, 2020, at Fairfield Medical Center in Lancaster, Ohio.
Born Oct. 11, 1929 in Logan, he was the son of the late James Alva and Lelia Julia (Robey) Hutchison.
Jerry was a 1947 graduate of Logan High School and owned and operated Jerry's Bait and Gun Store. He had formally worked at North American during the Korean Conflict period and was newspaper manager in Logan for 11 years. Jerry was also a former school bus driver and substitute mailman. He also volunteered at Smith Chapel Food Pantry.
Jerry was a lifetime member of the Hocking Valley Historical Society, Hocking County Fish and Game, the National Rifle Association, and American Trap Shooting Association. He was a longtime member of the United Methodist Church. Jerry was known as "Chief Lo-Gun" as an honorary member of the Okoboji Tribe and was a founding member of the Logan McDonald's "Liar's Club".
Jerry was an avid fisherman, woodcarver, antique dealer, and noted firearm collector and dealer. He played bass fiddle for the Hocking Valley Bluegrass Boys and was an avid Logan Chieftains, OSU, and LSU fan. Jerry loved spending time with his family and was a friend to many.
Jerry is survived by his loving wife, Marjorie Ilene (Sheline) Hutchison; three daughters, Jenny Lynn Hutchison of Logan, Natalie Susan (Delbert) Lindsey Jr. of Logan, and Kelley Jo (Steven) Doyle of Rockbridge, Ohio; one sister, Shirley Rose Goss; six grandchildren, Mandy (Eric) Cooper, Coy (Brook) Lindsey, Nicholas Lindsey, Hannah (Derrick) Chambers, Gavin Doyle, and Justin (Katie) Doyle; and seven great-grandchildren, Noah and Eli Cooper, Malakai and Bryleigh Chambers, Kirra and Mya Lindsey, and London Doyle.
Besides his parents, Jerry was preceded in death by his brother-in-law, Paul Raymond Goss.
A funeral and celebration of Jerry's life will be held at 1 p.m., Thursday, Jan. 16, 2020 at Antioch Alliance Church- 11947 Antioch Road, Logan with the Reverends Coy Lindsey (grandson), Eric Cooper (grandson), Bruce Livingstone and Mike Atkins officiating.
Burial will follow in New Fairview Memorial Gardens, Good-Hope Township, Hocking County, Ohio.
Friends may call Tuesday, Jan. 14 from 5-8 p.m. or Wednesday, Jan. 15 at 2-4 and 6-8 p.m. at Roberts Funeral Home- Logan.
In lieu of flowers, Jerry's family suggests contributions in his name may be made to the Smith Chapel Food Pantry- 1333 E. Front St., Logan, Ohio 43138.
Letters of condolence may be left at robertsfuneralhomelogan.com

I was sorry to hear of his passing. Jerry was a good man and I will be sure to look him up when I get to heaven.
Daniel Darnell

We're very sorry for your loss.

Natalie and Delbert: I'm so sorry to hear about Jerry. I always liked Jerry and visited his Bait store many times while fishing Lake Logan. I liked his since of humor and he was a very kind hearted man. I knew he liked watching Shelly play basketball and Shelly sure thought a lot of
your parents.
I will always remember when I went to promise keepers with Jerry Delbert and his father. You were so right when you said that I needed to go. I remember hearing Dr. Tony Evans...

I remember all the times Jerry came to our church dinners and gave us all the ice we needed. I hadn't seen him in quite some time. He will be missed as he was a staple of the Logan community. I pray that his family will keep the fond remembrances that he gave to them.

We are sorry to hear of your loss. Jerry will be missed.
Ken & Thelma Farmer