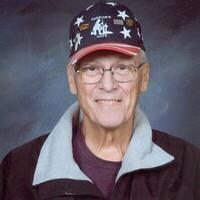 Jerry Edward Tim, son of Edward and Doreen (Keipke) Tim was born on February 2, 1948 in Yankton, SD and passed away on Wednesday, June 24, 2020. He grew up in Yankton, SD and was the oldest of four children. He graduated from Yankton High School in 1966. Jerry attended a two year trade school in Springfield, SD before joining the U.S. Navy in May of 1969. His four year tour included two years on the USS Coral Sea off the coast of Vietnam. After his honorable discharge he attended and earned an associate degree from Southeast Area Vocational School.

Jerry married Lois Joy on October 4, 1975. They had two children, Mark and Karen. They raised them in Harrisburg, SD. Jerry worked as a Sears appliance technician for 24 years. After retiring from Sears, he worked in the maintenance department at Trail Ridge Retirement Center and at Faith Baptist Church; he drove bus for the Sioux Falls school system and was a caregiver for Home Instead. Jerry volunteered for Active Generations, delivered pet food and enjoyed carving walking sticks. He was an active church member and served as a small group leader. Jerry enjoyed the fellowship of Warrior Hope, a Veteran’s support Group. Jerry also loved the companionship of his dog, a basset hound named Daisy.

Jerry accepted God’s gift of salvation through faith in Jesus Christ. He believed that while he was living he was here to Glorify the Lord. His identity is found in Christ. Jerry’s life verse was Galatians 2:20. I have been crucified with Christ and I no longer live, but Christ lives in me. The life I live in the body, I live by faith in the Son of God who loved me and gave himself for me.

He was preceded in death by his parents, Edward and Doreen.

A funeral service for Jerry will begin at 10:30 a.m. on Tuesday June 30, 2020 at Faith Baptist Fellowship Church in Sioux Falls. A private family burial will precede the service. Visitation will be on Monday at Heritage Funeral Home from 5:00 to 7:00 p.m.

waI worked some similar years at Sears with Jerry. Like everyone knows he a kind and caring man.
My sincere sympathy to Jerry's wife Lois; and his family. God's Blessings and Peace
Donna Knutson & Sears Friends

So sorry to hear that Jerry passed, but what comfort to know you will see him again.

Lois and family, we want to send you our condolences and prayers. We remember Jerry & you way back before you tied the knot! What a wonderful, kind man he was. Good memories from old Central Baptist. We know where he is, what a reunion he is having and also seeing our Savior, Jesus! God Bless.

Dear Louis and family, We pray that God's love and peace will surround you as you mourn the loss of Jerry. His testimony is such a great light shining God's glory! We know he will be missed at church and in the community.

So sorry about his loss Lois, nancy and kids. Hugs.

Jerry was a humble man and a great resource of wisdom. He will be deeply missed. Lois, I am deeply sorry for your loss of Jerry, we all feel your pain. May God and his Angels be by your side during this time of anguish.

Jerry was a real American Patriot and he lived a good Christian life. He struggled towards the end and Lois had many tough decisions to make, but did a good job serving him well. Our prayers go out to Lois and her family and we pray that our church will surround them with the love they so well deserve.

Lois and Karen I am so sorry for your loss. Our paths have not crossed for a long time. I have thought about you often wondering how you are doing. This isolation from the virus has caused a lot of changes in relationships. Just know I am thinking about you and praying for you. May God wrap his healing arms around you and ease your pain of loss! Just as a little warning, watch out for those first holidays with him gone. Lots of love ❤ prayers and good memories. Pat Swain