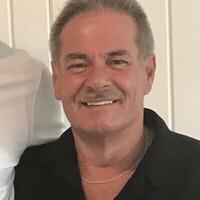 Jim Lewis Owens, age 57, of Macon, passed away Friday, February 19, 2021 at his home. Jim was born in Marion, Indiana on January 29, 1964 to Lewis and Vivian (Chrisenberry) Owens and welcomed home by his sister, Tammy (Owens) Anderson. He graduated in 1982 from Marion High School in Marion, Indiana. He married Lana McQuitty on June 22, 1996 in Huntington, Indiana and the couple moved back to Macon, Missouri in 1998.

Jim served in the United States Navy from 1982-1990. He enjoyed his days at sea and served on the USS Dixon and the USS Samuel B. Roberts. Jim was proud to be a Gully Transportation driver for many years. He was known for keeping a meticulously clean truck and was a valued co worker and dedicated employee. Jim was a member of Crossroads Christian Church and enjoyed watching services online the last couple of years. Jim welcomed many foster children in his home over the years. One of Jim's greatest joys was spending time with his kids and grandkids and treating them to a fabulous Christmas light show. Jim was a pro at detailing cars and keeping a manicured lawn.

Jim is survived by his wife Lana McQuitty of the home and son SSG Conner Owens currently stationed at Fort Leonard Wood in Missouri. Jim always considered Lana’s children as his own, Amelia Holder and her husband Steve, Kyrsten Hicks and her husband Garret all of Macon, and Caleb Carnahan and his wife Nikki of Weston. His grandchildren Lauren Jones (Bryant), Gabrielle Isom (Brad), Shelby Buttone (LeRoy), Madyson Wright (Brock), Taylor Binkley, Cade Hicks, Elyson Carnahan, Dublin Carnahan and Kalissa Sullivan were his pride and joy. His great grandchildren are Jimmy, Everett, Judah, B., Emelyn, Parker, and Adah and they were very dear to him. Jim is also survived by his mother, Vivian Owens, sister, Tammy Anderson and her husband C.W. and a niece and two nephews.

Jim was preceded in death by his father, Lewis Owens, and his half-sister, Jean Ann Reece.

Funeral services, with full military honors, will be 3:00 pm on Saturday, February 27, 2021 at the Hutton & McElwain Funeral Home in Macon, with Bro. Matt Stieger officiating. Visitation will be 10:00 am to 12:00 pm on Saturday at the funeral home. Burial will be 11:00 am, Monday, March 1, 2021 at the Missouri State Veterans Cemetery in Jacksonville, MO.

Lana, sincerely sorry for your loss. My prayers are with you and your family.

Lana, Tammy and Aunt Vivian, I'm sorry and wish I could be there. We didn't spend much time together, except for the holidays and family gatherings. Knowing he is home with God, Diana and the rest of the family that has passed is helpful.

Grief can be so hard, but our special memories help us cope. Remembering you and your loved one today and always. (((HUGS))) Love & prayers

Sad to hear this Lana. Condolences to you and your family.

To the Entire Family: to be absent from the body is to be present with the Lord. May God grant peace, comfort, strength for each one of you especially, Ms. Lana. Jim is now resting in the arms of the Lord. Blessings to all. Love Pastors/Family Cross's.

To say he was meticulous was an understatement, jim not only took care of his truck, but was just as precise about his appearance. He was looked up to by fellow workers, and appreciated for his professionalism by those who worked with him. Always optimistic and showed appreciation for fellow workers and family. I was proud to have known Jim he was an inspiration to us all. He will be greatly missed. Prayers to Lana and the Family.

I work with Tammy and just wanted to offer my condolences to the family. She sure loved her brother. Prayers to the entire family.

So very sorry Lana. My condolences to the family.

Never miss an update about Jim. Sign up today.