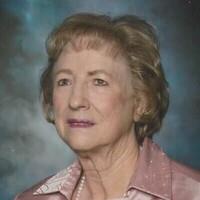 Jimmie Lou Owens Davis, 76, of Spartanburg went home to be with the Lord on Wednesday, February 17, 2021 at Spartanburg Medical Center.  She was the wife of George Larry Davis for 52 years.

Mrs. Davis was a native of Spartanburg County and a daughter of the late John N. and Nell Burch Owens, Sr.  She was a long-time member of Boiling Springs First Baptist Church where she was a member of the WMU, the Truth Seekers Sunday school class, and served as the church hostess for many years.  Jimmie Lou was a dedicated wife, mother and grandmother.

Funeral services will be conducted on Monday, February 22, 2021 at 1:00 PM at Boiling Springs First Baptist Church officiated by Rev. Dr. Hank Williams and Rev. Scott Linnerud.  Interment will be in Good Shepherd Memorial Park.  Mrs. Davis will lie in state on Sunday, February 21, 2021 from 9:00 a.m. to 4:00 p.m. at Eggers Funeral Home of Boiling Springs.  The family requests that masks be worn and social distancing be observed.

A Wife, Mother, and Grandmother love, cherished, and honor by her family and friends.
A life well lived by Jimmie and now through her family. Well Done Beloved Child of Christ, Rest in Peace. Blessings Linda S Brewer

Prayers for family ,friends..may the lord comfort..jill u favor your beautifull mother
.lv to all

To the family of Jimmie Lou,You are in our thoughts and prayers .We all love her and will miss seeing her in our salon , With Love and Sympathy Rita,April,Tonya,Patty,Chelsea,Linda and Lorrie .

To the family of Jimmie Lou, I am so sorry to hear of the passing of your precious Mother,Wife and sister. I have been her hairstylist for many years . I enjoyed all of my times spent with her. She loved her family so much and she was always talking about Larry, her children and grandchildren and was so proud of you all. She’s in heaven looking over all of you . I also considered her to be my friend . I love her very much and will miss her .

My heartfelt condolences are being sent to the entire Owens and Davis family.
Mrs. Davis was a loyal customer at Belk’s Department Store and she shopped with love and care for items for her beloved family.
This classy lady will be missed.
Most Sincerely,
Doris J.
Belk ,Men’s Dept.

To Jimmie Lou's Family and Friends: My sincere condolences. Knowing her from church and from being Amelia's big sister, but most of all from the Library. We loved to talk about books. She could get upset with me when I mixed up what she was reading with Brenda.

We are praying for all the family.We haven't known Jimmie Lou that long.We always enjoyed fellowship on Sunday nights with her and Larry after church services.God bless you all.Roy and Pam Gardner

Wonderful person, sorry for your loss.

Never miss an update about Jimmie Lou. Sign up today.