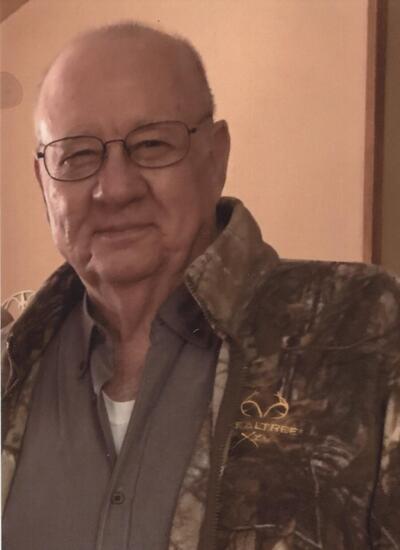 Jimmy Ronald Hanna, age 77 of New Boston, Texas passed away Tuesday, September 22, 2020 in a local hospital. Mr. Hanna was born August 26, 1943 in New Boston, Texas.  He was retired as a Supervisory Physical Security Specialist with Red River Army Depot, of Baptist Faith, a member of the NRA and is preceded in death by his parents, Gilbert and Janie Hanna, two sisters, Mary Lou Wilson and Patsy Rains and a brother, Bobby Hanna.

Funeral Services will be held at 11:00 A.M., Saturday, September 26, 2020 in the Bates Rolf Chapel, New Boston with Bro. Steve Minter and George Hensley officiating. Interment will be in Old Salem Cemetery under the direction of Bates Rolf Funeral Home. Visitation will be from 10:00 until 11:00 A.M. before services.

Covid-19 guidelines set forth by the CDC will be enforced.

Jimmy you will be missed. To the family I'm so sorry for your loss. Jimmy and I worded together at RRAD, he was a very nice person and easy to talk to. Rest In Peace.

I knew Jimmy for almost 50 years, we worked together as guards at RRAD and on 3rd shift after we checked our patrol arear we would park our vehicles next to each other and talk for long periods. Jimmy and I worked together for 20 years and it was a great time. We hunted, fished together and spent a lot of time on the telephone over the years. Jimmy was a good person, a good man and he will be missed. I am so sorry Allen and Marla for your loss. I cannot attend the services due to COVID...

We are so sorry for Jimmy’s death. He was a very good friend and I have lots of good memories of him. I am sorry we are unable to attend service. The family is in our prayers.

I am so sorry for your loss. Sending prayers for peace and comfort.

David I'm so sorry for your loss. Many memories from Pop's soft ball. Prayers. Pop Beasley

So sorry for you loss. He was a good neighbor and friend. I will miss him. May our Lord Jesus give you peace.

I worked for Jimmy years ago at RRAD. He was such a nice, friendly person and I enjoyed working as his secretary. Allen and Marla, he talked about you all the time, and I felt like I knew you. Please accept my heartfelt sympathies. I will remember him fondly.

Never miss an update about Jimmy. Sign up today.