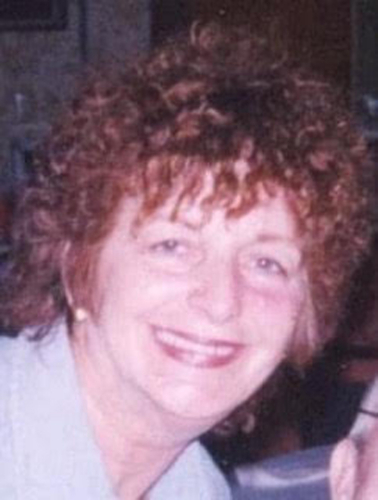 Not the right person? See All ›
LOCATION
Wilkes-Barre, Pennsylvania

Born in Ashley, she was the daughter of the late Bart Mangan and the late Ann Mangan. She attended Meyers High School and worked as a teacher's aide in Wilkes-Barre city. She was a member of St. Boniface and St. Aloysius Church.

Preceding her in death were her two infant brothers, Bart and Jackie.

Joanie made a total stranger feel like her best friend. She always put her family and friends before herself and the same for her beloved dogs, Bear, Skip and Killian, along with numerous strays that showed up at her door. She will be greatly missed by all, especially her children and grandchildren.

Funeral service will be held at 11 a.m. Monday from Lehman Family Funeral Service Inc., 689 Hazle Ave., Wilkes-Barre, with visitation from 10 a.m. until time of service.

I'm very sorry for your loss Pat, Kim and family. I always enjoyed seeing your mom playing with your kids outside when they were young, she was always smiling. May she Rest In Peace.