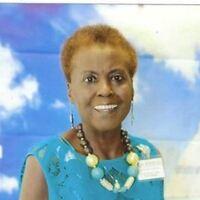 Joann Murray Carter, 67, passed away at her home in Greenville, Texas on Monday, September 21, 2020. She was born in Greenville, Texas to the parentage of Henry and Irene "Boowee" Murray Robinson on January 21, 1953.  She received her formal education in the Greenville School District, graduating from Greenville Senior High School in 1971.  She attended El Centro College where she earned an associate degree.  On January 27, 1973, she and Billy Ray Carter were married and this union was blessed with three children.  They lived and raised their children in Greenville, Texas.  She was employed with Texas Instruments as a data processor for thirty-six years.

Joann was a faithful and devout member of Center Point Christian Church, Greenville, Texas and a former member of Clark Street Christian Church, Greenville, Texas.  She served the church in various capacities, including as an elder and chairperson of the Benevolence Committee.  She was very concerned about helping those in need and pushed the church to make contributions to the elderly and shut-in.

Joann was a proud member of the Ross Washington Carver (RWC) Reunion Board for many years and promoted its activities faithfully.  She even got her daughter, Demekia, to join it though she did not attend those schools.

Joann loved her family and dedicated her life to taking care of them.  She and Billy even raised one of their grandsons.  She was known to cook a big meal most Sundays, when she was healthy.  The children and grandchildren came to her house to eat and "pack off the food" as she often said.  She fussed but was very proud of that.

She was preceded in death by her parents, Henry and Irene "Boowee" Murray, a daughter, Demekia Merritt and two brothers, Harold Murray and Billy Clyde Robinson.

A wake and funeral services were held in Greenville, Texas:

Interment was in the Peniel Cemetery in Greenville, Texas.

Mask and social distancing were required

My sincere condolences and prayers are with the Murray, Carter Family ❤

Our Hearts were saddened to hear about the passing of Joann, she was always so kind to me, and she will be loved and missed always. Our thoughts and prayers are with you. We are sad that we were not able to make the funeral, however, we pray that God will grant you peace and comfort during this difficult time.

I love y’all family... Hold your heads high in this moment and trust God’s plan.

So sorry to hear that Joann passed away. I will keep the family in my prayers. Tonya Mccoy

Thank you JoAnn for your continued service to the RWC REUNION COMMITTEE. I know that it meant so much to you and it showed. Rest well sweet lady.

Never miss an update about Joann. Sign up today.