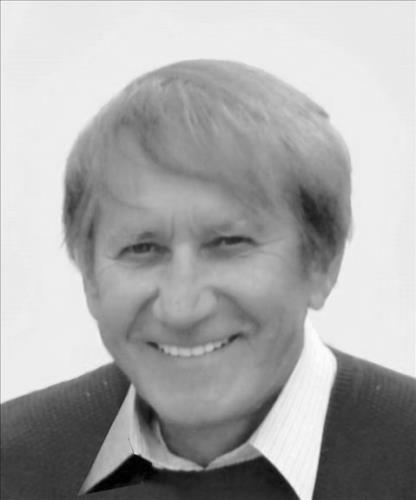 John attended All Saints Catholic School in Masontown and Carmichaels Area Schools. At the age of 13, he began working in his parent's grocery store in Carmichaels. In 1955, he joined the Pennsylvania National Guard and served with Company K of the 110th Infantry. That year, John opened a hobby shop as his first business. In 1958, he was certified as an electrician and also became a disc jockey with the name of "Johnny Lee." In 1959, John went to work as a machinist at the Piatt Machine Shop in Washington. On October 21, 1960, he married Coral Lee "Buzz" Welsh, who survives.

John opened Brodak Hobby Center in Washington in 1961 and in 1962 took over the Carmichaels grocery store from his parents. That same year, he founded J&G Electric. John was discharged from the Pennsylvania National Guard in 1963 with the rank of sergeant. He managed the Brodak's Food Center Team in the Big 4 Softball League.

In 1966, John was elected the second youngest president of the Carmichaels Area Chamber of Commerce. He served as president, vice president and a director many times throughout the years. In 1968, John remodeled the Carmichaels food store and enlarged it to 7,000 square feet. That year, he became a member of Cumberland American Legion Post 400. From 1969 until 1972, John served as a commissioner of the Atlantic Pacific Baseball Association and published a baseball game magazine, the APBA Innings.

Continuing his business career, John opened Brodak Printing Company in 1970 and in 1972 became president of Replay Games Inc. In 1974, he opened his 10,000 square feet grocery store in Millsboro and was honored to receive the Fourth Degree from the John F. Kennedy Memorial Council 3569, Knights of Columbus, Carmichaels.

John built a new 14,000 square feet supermarket in Carmichaels in 1978 and placed first in the IGA Beef Round-Up at the Millsboro Super Dollar.

Even though John spent much of his time as a businessman and community leader and servant, he found time to be an extra in a film made by the BBC, "Two Weeks in Winter."

In 1983, John was appointed a director in the King Coal Association by the Chamber of Commerce and in 1984, opened a 10,000 square feet grocery store in Masontown.

1985 was a busy year for John. While serving his fourth term as president of the Chamber of Commerce, he was elected second vice president of the King Coal Association, enlarged Brodak Printing Company to 3,000 square feet, opened Brodak's Dari-Delite and Brodak's Video Showcase in Millsboro, which were all destroyed in the election day flood. John was able to reopen these businesses within 40 days.

In 1987, John assisted in establishing the Fredericktown Chamber of Commerce and was elected its first president. That year, he purchased Brodak's Mobile Home Village.

In 1988, John remodeled the Carmichaels grocery store to 16,000 square feet and opened Brodaks' Video Showcase and Brodak Hobby Center in Carmichaels. John always had an interest in flying control line airplanes and became an "All Season Flyer."

In keeping with John's sense of community, he assisted in keeping the Flenniken Library financially stable in 1991. That year, he formed Brodak Manufacturing and Distributing Company, Inc. John published the first Brodak catalog of model airplanes and supplies. That year, he was honored as "Man of the Year" by the Carmichaels Lions Club and appointed to the Greene County Committee for Growth P. A. C. He also opened the new 26,000 square feet grocery store along with Brodak's Video Showcase in Masontown.

As John's interest in model airplanes continued, he attended the National Model Airplane Show in Cleveland, Ohio and was awarded 18 static wins from 1991 to 1995. 1994 saw the remodeling of the Millsboro store to 18,000 square feet. In 1997, John was appointed to the board of directors of the Greene County Industrial Development Authority, which he served for five years. That year, John hosted his first Fly-In in Carmichaels with 36 entries, 77 flights of a two day period. Over the years, this tradition expanded to include hundreds of entries.

As the years went by, John continued developing and adding to his various businesses in the local area. Prior to his passing, he had planned to open a model airplane museum next to his other establishments in Carmichaels. John's last control line fly-in in June of 2019 brought hundreds of competitors from around the country and the world. To John, it was important that his local community would develop and thrive. He will be greatly missed by his family and his community.

In lieu of flowers, the family suggests memorial contributions be made to the Humane Society of Greene County, 183 Jefferson Road, Waynesburg, PA 15370.

A video of the blessing service will be available to view within the online obituary on the funeral home website Wednesday evening.

For additional information and to sign a guest book, visit www.YoskovichFH.com.

OUR DEEPEST SYMPATHY TO ALL THE BRODAL FAMILY DURING THIS DIFFICULT TIME. JOHN WILL BE TRULY MISSED BY ALL AND THE COMMUNITY. RIP,
JOHN AND LINDA KRAJNAK

sympathy to the family

John and Buzz have been great friends for many years. I'll miss him like the brother I never had. Sondra and I express our deepest sympathy for both John and Buzz as well as the entire Brodak Family. Kindest Personal Regards, Phil and Sondra Spillman.

Good Morning, Met John Brodak at one of the VSC's in Tucson. Found him to be warm, friendly, and genuine. Didn't know him that well, but never heard a negative opinion. He was well liked, in the control line community. His dedication to control line will be remembered by all within.