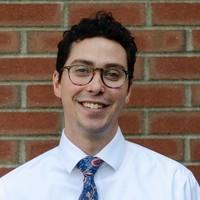 Saratoga Springs, NY - It is with profound sadness that the family of John C. DeMasi, MD announces his sudden death on February 23, 2020. He was born in Corpus Christi, TX on July 29, 1985 to Dr. James and Virginia DeMasi.

John graduated from Guilderland High School and received a Bachelor of Science degree in Public Health from the University of North Carolina at Chapel Hill. Following an internship at the Scripps Clinic in San Diego, John became interested in treating cancer. This interest continued to evolve when he worked at Sloan Kettering Hospital following graduation from UNC. John received his medical degree at Albany Medical College and completed his residency in radiation oncology at the University of Kentucky Medical Center in Lexington, KY. Upon completing this training, John returned home to a position as a radiation oncologist at Saratoga Hospital where his compassion, kindness, and delightful humor endeared him to patients and staff alike.

In 2011, John was diagnosed with vascular Ehlers-Danlos Syndrome (vEDS), a rare disease without a cure. John’s diagnosis motivated him, and he used his unique position as a physician and a patient to advocate for patients affected by vEDS. In 2017, John and his brother David launched a nonprofit -- FIGHT vEDS. John used this platform to educate over 10,000 visitors from more than 50 countries about the disease in a way that patients and their families could easily understand. Recognizing the obstacles patients had receiving an accurate diagnosis, John launched a genetic testing program in partnership with a leading genetics lab. This helped numerous patients across the world obtain rapid, affordable genetic testing.

John worked tirelessly to advance vEDS research. He partnered with researchers from the University of Washington to launch the first vascular Ehlers-Danlos Syndrome International Research Symposium and to establish the vEDS Collaborative. This collaborative consisted of seven nonprofits and dozens of stakeholders that convened via monthly meetings and annual conferences to establish a plan to ultimately develop a cure. At the time of his passing, John was actively working on efforts to launch the first clinical trial in vascular Ehlers-Danlos Syndrome.

In his free time, John brought an engaging energy, gentle nature, and distinctive sense of humor to all he did, whether it be taking care of his rescue pet Bailey, fishing on Saratoga Lake, enjoying summer days at the racetrack, making his nieces and nephews laugh, or cooking special meals for family and friends.

No matter the time or distance, John made every effort to prioritize being with the people he loved, especially his fiancée Julie.

While John’s extended family and friends are deeply saddened by his loss, we have boundless gratitude for the time shared and the memories made with John. We will all remember John as an extraordinary young man.

There will be no calling hours.

A Mass of Christian Burial to celebrate John’s life will be held at 9 a.m., Saturday, March 7, 2020 in the historic Church of St. Peter, 241 Broadway, by the Rev. Thomas H. Chevalier, pastor. Burial will be private at the convenience of the family.

In lieu of flowers, donations in memory of John and his work with vEDS can be made to his nonprofit, FIGHT vEDS (www.fightveds.org/donate).

Arrangements are under the direction of the William J. Burke & Sons/ Bussing & Cunniff Funeral Home of 628 North Broadway, Saratoga Springs (518-584-5373).

Online remembrances may be made at www.burkefuneralhome.com.

A really nice man. I am so sorry to hear he is gone. My GOD bless.
Stephen Duesler, one of his patients,

So sorry for the loss of such a talented and vibrantly-young doctor, who wanted to help eradicate this horrible disease process. Such a loss for this world. My heart goes out to his family and friends. ❤

I was deeply saddened to learn of John's passing. I had only met him once in the course of my treatment for parotid gland cancer, when he was in attendance at the Ellis Hospital Radiation and Oncology Department. I was so impressed with his demeanor of kindness, openness and a rare ability to be an attentive listener with thorough explanations, that I relayed my experience of meeting him that one time to numerous people. He clearly was a gift to all of those who met him through his work and I...

Only six weeks ago, John was treating me for my prostate cancer. I was stunned by the news of his sudden death. He was a caring, dedicated physician who exuded a sense of treating me as a person, not at all as a number. We spoke of Tar Heel basketball and his possible interest in fly fishing. He had a sense of humor and clearly was greatly appreciated and respected by his colleagues. I send my deepest sympathy at your loss.

I want you to know how kind and compassionate Dr. DeMasi during my radiation treatment last summer at Saratoga Hospital. He was a shining star in the lives of those of us undergoing treatment. I looked forward to our meetings. He made a real difference in our lives. I remember him telling me how he was looking forward to attending the North Carolina vs Syracuse basketball game, sadly he passed just days before the game. He will be greatly missed.

John has created a positive impact on so many people in his short lifetime. He has done it all with both bravery and compassion. May you enjoy your heavenly rewards, sweet soul! I feel extremely honored to call you my cousin.

Dr. Demasi, Judy and family, I am so deeply sorry for your loss. My Heart goes out to you. Love Anne Fitzgerald

I knew him as Dr. DeMasi and he was a bright spot during my radiation treatment. He was clearly a caring and committed physician. Most telling, the nurses spoke highly of him and I could tell that they were energized by him. Please find comfort in knowing how many people he touched in a very positive way. Thank you.

Kit & I are so sorry to hear of the John's passing. In our few short years of knowing him he was one of the most kind and caring individuals we've had the fortune of knowing. He was an excellent doctor, an excellent friend to both myself and Kit in the trying times of residency here at UK. John always had a positive outlook on life and he positively influenced all he encountered. We were truly heartbroken to hear the news and can only pass our sincere condolences. We loved John and will...