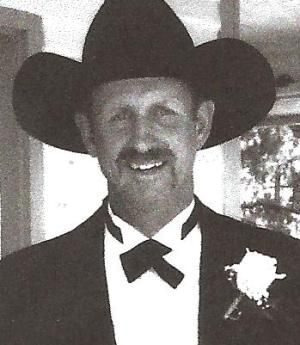 Memorial services for John "David" Lee, 50, of Burke will be held Saturday, October 6, 2012 at 4:00 p.m. in the Carroway Funeral Home Chapel with Brother Vic Bass officiating. The celebration of his life will continue following the services, at the home of David and Debbie. Cremation arrangements are under the direction of Carroway Funeral Home. Mr. Lee was born January 16, 1962 in Munich, Germany, and was a lifelong resident of Lufkin. He died Tuesday, October 2, 2012 in a local hospital. Mr. Lee had resided in Burke for 7 years. He was an avid sports fan and loved Nascar and the Dallas Cowboys, "even though he was mad at them right now". In his young, more daring years he rode bareback. Mr. Lee was of the Baptist faith. Survivors include his wife of six years, Debbie (Ray) Lee of Burke; mother and stepfather, Frankie and Harry Lee of Lufkin; grandmother, Laverne Noel of Lufkin; stepdaughter, Melissa Brandenburg Simmons of Fountain, Colorado; stepson, Shawn Brandenburg of Houston; step-grandsons, Dylan Waldrep and Alex Simmons; uncle, Roy Morgan of Houston; mother-in-law, Gwen Ray of Corrigan; brother-in-law and sister-in-law, David and LaDonna Ray of Corrigan; nieces, Lauren Ray and Lindsay Wright; special friends, "Little Sister" Debbie Davidson and Joy and Ray Miller; and his beloved four legged "children", Ace and Sassy. He was preceded in death by his father-in-law, Edward Ray; and grandfather, Billy Noel. Honorary pallbearers will be Harry Lee, Vernon Martin, Randy Kendrick, Dewayne Shanks, James Clowers, Donnie Kessinger, Charles Smith, Charles Dennis, Kevin Anderson and Byron Bragg. Memorial contributions may be made to East Texas Paws, 2881 FM 326, Lufkin, Texas 75901, Mickey Reily Public Library, 604 S. Mathews Street, Corrigan, Texas 75939, or the Edward Ray Scholarship Fund at Corrigan-Camden High School, 504 E. Home Street, Corrigan, Texas 75939. The family will welcome friends and loved ones from 3:00 to 4:00 p.m. Saturday afternoon prior to the services. Memories and condolences may be added at www.carrowayfuneralhome.com.