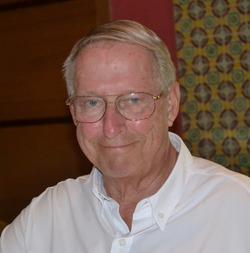 In lieu of flowers, memorials may be made to:

Please make the check payable to "Northwestern Memorial Foundation" and
include "John F. Marquardt" in the memo line.


Gifts may also be made online at: Northwestern Memorial Foundation

Dr. Marquardt was one of the kindest people I know. He was my parents' physician and soon became mine when I was in my early 20's. When my Mom passed away, he came to her funeral and my dad, who was a big admirer of ties, remarked on Dr. Marquardt's tie and how much he liked it. Without hesitation, Dr. Marquardt untied it and gave it to my dad. It was a beautiful gesture on such a sad day. I came to know his son, John Jr. when we unexpectedly worked together at a real estate firm. The...

We just today learned of Dr. Marquardt's passing. He and his wife were clients of ours when they owned a house in Seagrove in Vero Beach. An absolutely remarkable man and a joy to be work for, talk with, and be around. We know you were happiest when out on your boat and hope you had many enjoyable experiences since we last spoke over two years ago. We hope you have found the peace you definitely deserved. You have and will be missed. Alasdair, Monica, and Cameron MacLeod

John was my physician at Northwetern for many many years . He was always there when I had a question about anything . As you was getting close to retiring I was asked if I would mind seeing a new Physician he had brought on , Dr Richmond which I gladly did . She has turned to be exactly as John was to me and my family , a friend first , a Dr second .
You will be missed greatly John . RIP . My condolences to his family and may they find strength in God during this healing process .

Psalm 90:10 says that the days of our years are 70 years, And if because of special mightiness they are 80 years.
May the memories of the wonderful times you shared together bring a smile and joy in your heart.

Dear Judy,
Susan Ehrbar just called me with the news of John's passing. I was so sorry to learn this. Know you have a wonderful family and memories to help you through this difficult time. Please know I will keep you in my thoughts and prayers.
Love, Mary Ellen Givens

To the Marquardt family . . . my prayers and condolences to you all at this very tough time. I have fond memories of fun with the Marquardt clan growing up . . . All-Star hockey, swimming, boating, etc. Dr and Mrs Marquardt were always very welcoming to me! And my old friends Johnny, Jim and Wendy . . . my best to you all.

I worked at the Wrigley Chicago Factory during the 1970s and had the pleasure of seeing the professionalism of Dr. Marquardt so many, many times. He was a wonderful man with personality that was second to none. He had a smile for everyone and always was upbeat. My sympathy to his family.

Kindly Dr. Marquardt -- what wonderful memories I have of your visiting the Cubs' Scottsdale spring training site in the early to mid '70s. I was part of the team's front office staff & my fond recollections of you and the late Jacob Suker, M.D. remain fresh. Rest in peace.

John and went to Harvard together a million years ago.He was a nice guy