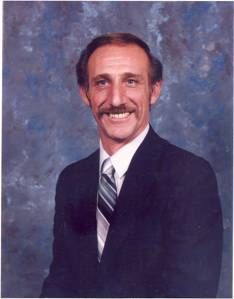 "As we love you, so we will miss you. In our memory you are near, loved, remembered, and always longed for until we meet again in our Father's presence." John Raymond Morse Jr., 62, of Kingsport, went to be with his heavenly Father Sunday, January 11, 2009, at his home surrounded by his family following a lengthy battle with cancer. He was born in Kingsport and retired from Sprint after 22 years of service. John also worked at Concept Communications, at Advance Auto, and at Eastern Petroleum in Enfield, North Carolina. He was a member of Johnson Lodge #2074 F.&A.M., Scottish Rites in Newbern, North Carolina, and Enfield North Carolina Masons. John was of the Methodist faith and was a good and loving husband, father, grandfather, and brother. He enjoyed camping at Douglas Lake with all of his friends. Preceding him in death were his parents, John Raymond Morse Sr. and Juanita Cleo Lady Morse; a sister, Phyllis Jean Morse Lemmons; brothers, Ernest Morse and wife Grace, Don Morse and wife Jane; and a brother-in-law, Brent Crosby. Surviving are his wife, Holly Morse of the home; three daughters, Melisa Morse of Kingsport, Nikki Morse Addison and special friend Jody Krajeck of Blountville, Phyllis Morse Davis and husband Brent of Kingsport; four grandchildren, Cody Addison, Cole Addison, Victoria "Tori" Davis, Seth Davis; three sisters, Margaret Roller and husband Fred, Brenda Vicars, and Kay Morse all of Kingsport; two brothers, Paul Morse and wife Joyce of Morristown, Randall Morse of Kingsport; brother-in-law, Bill Lemmons of Kingsport; and sisters-in-law Vicki Hartford and husband Dennis of Delta, British Columbia, Canada, and Julia Crosby of Edmonton, Alberta, Canada. The family wishes to express a special thanks to Dr. Daniel Gonzalez, Dr. Byron May, Dr. Manoel Moraes, Dr. Rebekah Austin, the Fourth Floor nursing staff at Holston Valley Medical Center, the James H. and Cecile C. Quillen Rehabilitation Hospital in Johnson City, and Wellmont Hospice. Funeral services will be conducted at 6:30 p.m. Wednesday at Hamlett-Dobson Funeral Homes, Kingsport, with Rev. Susan Lankford Anderson officiating. Masonic rites by Johnson Lodge #274 F. & A.M. will be conducted following the funeral service. The family will receive friends at the funeral home after the Masonic service. Memorial contributions may be made to Wellmont Hospice, 280 Steeles Road, Bristol, TN 37620.