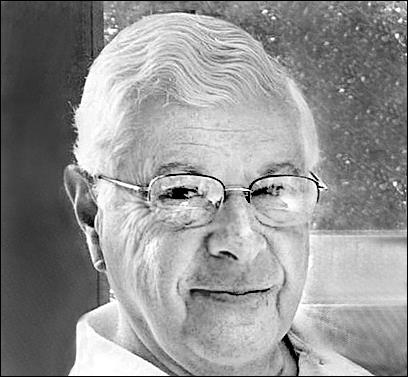 MORSE, John Jr. Of Lunenburg, 78, died peacefully at his home surrounded by family on Sunday, March 27, 2016. He leaves his wife, Kimberly (Woollacott) Morse, and their twin daughters, Jenna Morse and Jessica Morse, all of Lunenburg; his son Dr. Jeffrey Morse and wife Peggy of Denver, CO, and their children Jesse Morse, Noah Morse, and Hannah Morse; his daughter Laurie Sprague and husband Mark of Bolton, MA, and their children Kevin Sprague and Eric Sprague; his daughter Amy Caffry and husband Jim of Waitsfield, VT, and their children Duncan Caffry, Emma Caffry, and Molly Caffry; a brother and numerous cousins. He is predeceased by his former wife, Carol Shapiro Morse.

John was born in Cambridge, MA, on May 30, 1937, the son of the late John Sr. and Aline (Strauss) Morse. He grew up in Brookline, MA, and graduated from Brookline High School in 1955. John earned a degree in general business from Adelphi University in 1959, followed by a degree from Rutgers University's Stonier Graduate School of Banking in 1966. John spent the first half of his career in the banking business. He worked at the family founded bank, the United States Trust Company of Boston and served on the Operations Committee of Boston Clearing House Association, a group of six banks, as well as being a founding director of the New England Automated Clearing House Association (NEACHA). After retiring from the bank, John founded and operated his own printing center, Morse Graphics and Printing in Fitchburg until his illness late last year. Following in the footsteps of his father, John Morse, and grandfather, Jacob R. Morse, John participated in the leadership of Temple Israel of Boston as a member of the Board of Trustees, as well as a member of the Temple Israel Brotherhood.

John served as a Trustee of the A.C. Ratshesky Foundation for 43 years. The Foundation was established 100 years ago by his great uncle Abraham C. Ratshesky for the purpose of alleviating need and suffering through the promotion of Jewish philanthropy in Boston. John was a very active member of the local community. He was a member, and former President, Secretary, and Treasurer of the Fitchburg East Rotary Club, and a past Paul Harris Fellow. He was also a member of the Board of Trustees of the Central Massachusetts Chamber of Commerce and a Director of the Workers Credit Union. An interfaith service in celebration of John's life will be held Monday, April 4, 2016 at 11 a.m. at the United Parish of Lunenburg, 14 Main Street, Lunenburg, MA. There will be no calling hours. Memorial contributions may be made in John's memory to: Beth Israel Deaconess Hospital, Radiation Oncology Department, 330 Brookline Ave, Boston and the Montachusett Interfaith Hospitality Network, a nonprofit organization assisting homeless families in Massachusetts, 758 Main Street. Leominster, MA 01453. The Lunenburg Chapel of the Sawyer-Miller-Masciarelli Funeral Home, 763 Mass Avenue, Lunenburg has been entrusted with John's funeral.

So sorry to read of John's passing. Special thoughts to Kim and the girls.

To the Morse Family
Very sorry to learn of John's passing. He was a great schoolmate at Lawrence Elementary School in Brookline and a great friend. I still remember watching my first TV on a round screen at the Morse home.
I enjoyed chatting with him at Boston Banking functions as a fellow Banker.
Please accept my sincerest condolences.

We are so sorry to hear about John. I did not realize he was so sick. He was always so pleasant to talk to and such a kind man. He was very sweet on summer letting my kids climb into his paddle boat at the lake. It was a lively bunch of kids on a very steamy day, and John so effortlessly let the kids take turns being in the paddle boat - taking it all in stride. He was getting splashed and the kids were all rather noisy - it did not bother him! He surely was such a patient man!! I will...

Kim and family So sorry to hear about John He was such a special man. He will be missed. We will see you when we come up to Mass. Love Norm & Nan

You will be greatly missed! Your infectious smile, your wonderful personality and your joy of Family and Life!!

To the Morse family,
John was such a kind, warm-hearted man...always with a smile on his face! I looked forward to his yearly newsletter about his family that came to my mom and dad's house. He will be forever in your hearts! Thinking of all of you during this difficult time.
Elena Hennessey(Pandiscio)

To the Morse family,
John was such a caring, warm-hearted man! I always looked forward to his newsletter about the family that would be delivered to my mom and dad's house every year.
He will be forever in your hearts! Thinking of you all during this time!
Elena Pandiscio

We are saddened to read of the loss of John. May his memory always be for a blessing. Shalom

So sorry for your loss. John will be missed. You are all in my thoughts and prayers.

Never miss an update about JOHN. Sign up today.