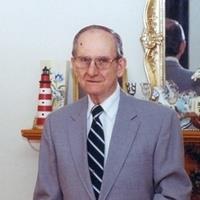 John F. Quarles, 86, of Roanoke, Va., passed away in the early morning hours on Saturday, December 7, 2019, after a very long battle and fight with cancer and other ailments.

He was born on July 7, 1933 to the late James Quincy and Minnie S. Quarles. In addition to his parents, he was preceded in death by his wife, Shirley W. Quarles; brothers, Joe Quarles and Elton Quarles; and sisters, Liza Scearce and Clarease Eanes.

He married Shirley W. Quarles in July of 1955. John served in the United States Army from 1951 until September of 1966. His military career encompassed time with several distinguished units such as the 101st Airborne, the 82nd Airborne, and ending his career as a member of the Green Beret.

After his military career, he became a self-employed business owner in 1969, as an Electronic Service professional, and continued that career until his medically forced retirement in 1999.

RIP Uncle Fred. Thank you for your Service. Great Man gone but forgotten. Prayers for all.

Mikey, Beth and I were so sorry to hear of your dads passing. What a great guy! Keeping you in our thoughts.

My heartfelt condolences to all of you.

Sincere Heartfelt Condolences To Mike & All The Family.

A cousin that I have not seen in many years. We had some fun times at Aunt Minnie's and Uncle James on the home place in Bedford County. RIP and may God comfort the family.

Mike, when you lose a parent part of your heart goes with them. Loving memories are forever. God bless you and your family.