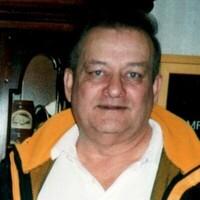 John Garrigan Rogers, 77, of Finleyville, died Tuesday, September 15, 2020 in the Jefferson Hospital. He was born November 4, 1942 in Minneapolis, Minnesota, the son of the late Lee Clarence Rogers and Sylvia T. Salzbrunn Rogers Immel.

John graduated in 1960 from Blaine School in Minneapolis and then attended St. Mary’s College in Winona, Minnesota. He was a US Navy veteran serving during the Vietnam War and had retired from the United States Postal Service in Upper St. Clair, where he was employed for over twenty years. In his younger years, he coached baseball for the Thomas Little League in Eighty Four. A member of the First Baptist Church of Monongahela, John also enjoyed hunting and fishing.

He is survived by his wife, Carol Frye Rogers with whom he celebrated fifty two years of marriage on January 7, 2020; two sons, Tim Rogers of Charleroi, John G. Rogers, Jr. of Bryantown, Maryland; and two grandsons, Ashton and Bryce Rogers.

In addition to his parents, he was preceded in death by his sister, Monica Rogers.

Memorial contributions may be made to the charity of one’s choice.

In order to be compliant with our county and state guidelines, attendance will be limited to 25 guests at any given time inside the funeral home. Masks MUST be worn and social distancing maintained. The family would like to thank you in advance for your understanding.

So sorry to hear about John. You were a wonderful person who we knew for a short while. You will be dearly missed.

Rest In Peace ! A wonderful father and a wonderful man you will be in many hearts and never forgotten , I’m sure have received your angel wings and be watching over your loved ones .❤

I always admired John’s marriage to my cousin Carol Ann. Both had seen the world- he in service and she an international stewardess. Yet both would be content to simply be together at a picnic in Mingo Park. Decades together and she still sparkled in his presence. Deepest condolences to Carol Ann, brother Harold Raymond, sons, cousins including Charlie, Gayle, families, and all blessed to have known John.

Our prayers and sympathies are with you and yours

John was such a great guy. My deepest sympathy and may he rest in peace.